I flew from New York to Kansas City with Yuri Zupancic who runs the Burroughs art archive, and spent the first week staying with Tom King at Bill Burroughs’ old house. I had Bill’s old bedroom and it is a very strange feeling for a biographer to be sleeping in the bed of their subject, waking up and looking at the same view of ceiling, the same light fittings, that he saw for 16 years. The bullet holes in the wall and bathroom have been taped over and they recently redecorated, but when I was here a year ago, it was still exactly as Bill left it, and the new coat of paint hasn’t exactly changed it much. The trouble is, when you finish a biography, the information just keeps flowing in. Though I haven’t found any earth shattering new information that would make me want to re-write some parts of the book, I am now getting a better sense of balance, of who were his close friends and who now, who were his major correspondents and who was just a well known writer with whom he exchanged the occasional letter. 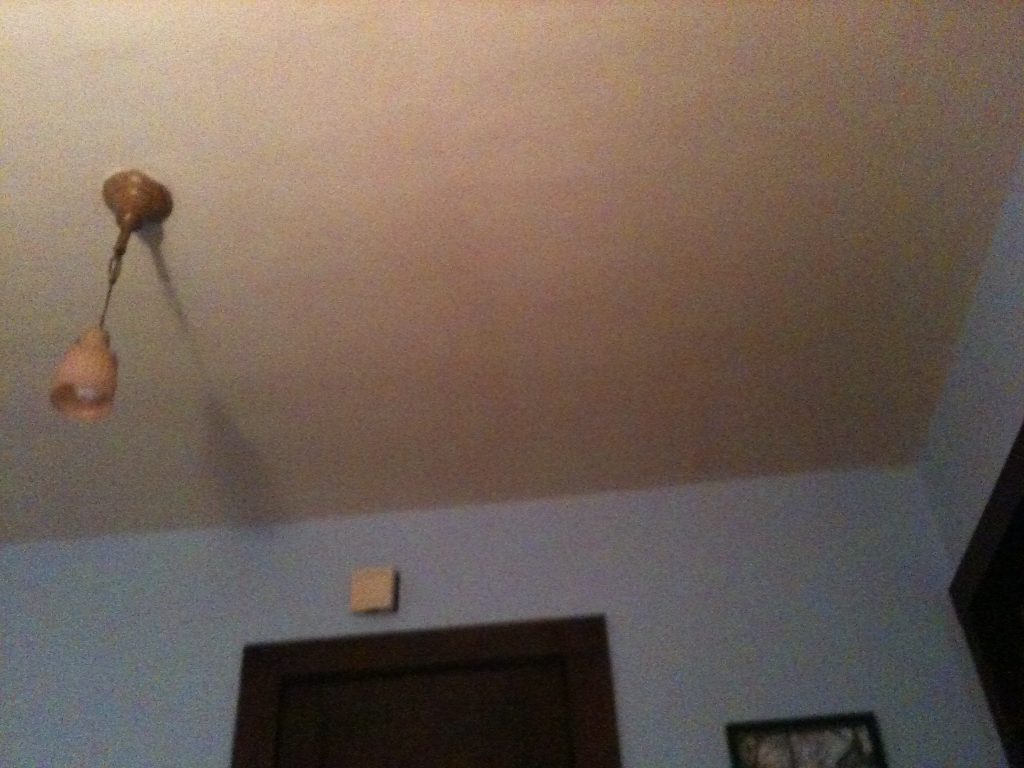 Burroughs’s ceiling, view from his bed

I have been describing Bill’s archives but don’t have the time to read even the most interesting looking letters as the archive is huge and my time is short. There are hundreds of letters from Bill’s friend Dean Ripa, the snake handler, for instance which shows a closer connection between the two men than I’d realized. I only give him a passing mention in the book. But the archive will finish up in an institution and these checks and balances can all be made by future biographers.

Though I have spent a lot of time in the US over the years, it has almost all been in New York City or San Francisco or LA. Here in Lawrence I am finally seeing middle America, beginning with their food. James Grauerholz has been introducing me to such items as ‘burnt ends’ black pieces of meat that comes with a huge helping of greasy potatoes. This in the local café on the strip-mall across from the Burroughs compound where the waitress always, to my delight, says, ‘Yew still working on thaaat?’ Then there are ‘po-boys’, ‘hush puppies’ and fries made from yams (really good). Last night I tried Kansas rabbit, cooked two ways. It held up to its promise: one rabbit leg was overcooked and dry and the other was underdone as to be partly inedible. But rather than sticking to steak I feel the experiments should continue.