In Italy for the Mantova Literary Festival. Entering the city from the north over a causeway with a superb view of the medieval Ducal Palace that guards the city walls. Quickly found that if you order the house red you will get a fizzy Lambrusca or a Prosecco. They make them around here and it seems that all meals start with a glass of prosecco automatically. I had ravioli made from pumpkin with amaretto, not the liqueur but amaretto biscuits crushed and added to the pumpkin paste, surprisingly sweet but delicious. It is a local specialty. I also had another Manitoban specialty: donkey. It came as a black stew, like a boef bourguignon, as so many of these Italian dishes do. It was accompanied by pale yellow polento and a famous local Mostarda di frutta, made from strips of fruit marinated in hot spices tasting quite hot like a mustard: mostarda mantovana. I had always wondered what was in the glass jars of fruit with the occasional cherry in there in Camisa and Lina stores. The area is famous for its pigs, large ones, 150-180 kilos, for the local ham. They have to have a special diet to get the correct deposits of fat distributed in their muscle tissue. The are grown on smallholdings but with a central computer that monitors their genealogy and diet combining the traditional farming methods with modern technology.

Mantova is a beautiful small medieval town surrounded on three sides by 13th century artificial lakes but marred by the presence right next door to the east of a huge petro-chemical factory. One wonders what corruption and kickbacks gave rise to that situation. 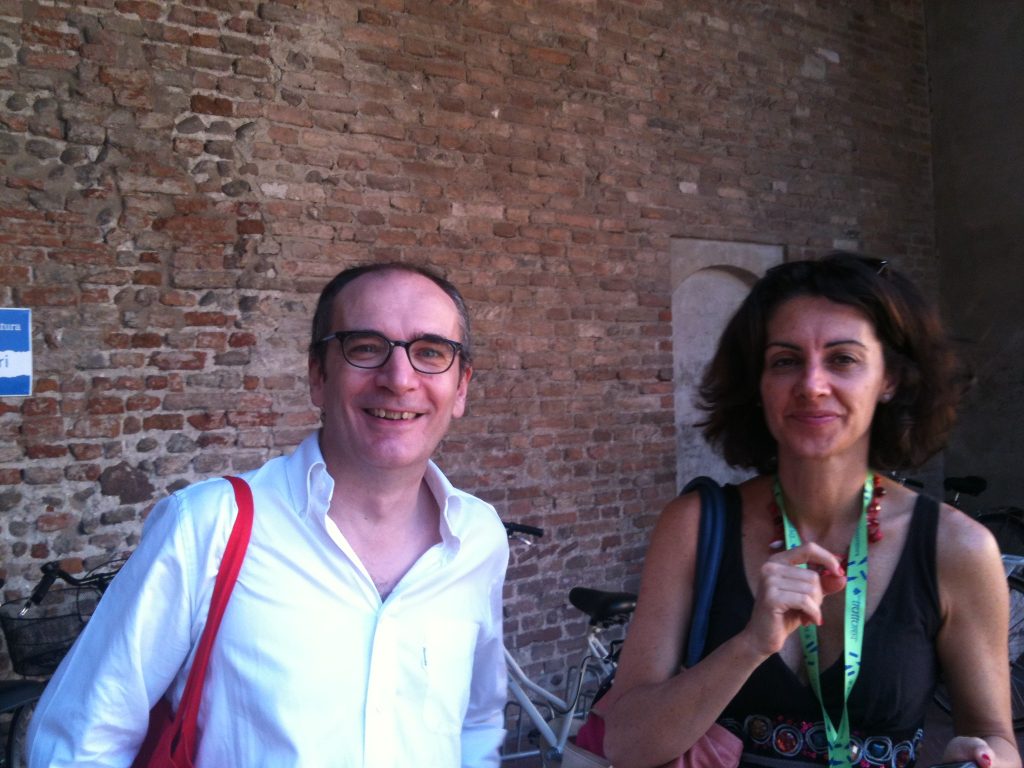 I was in Mantova to promote the Italian edition of London Calling, (London Calling, La Controcultura A Londra Dal ’45 A Oggi) published by EDT in Torino. My publicist Antonella D’Antoni was there to translate and make sure I was fed and watered and my editor Sergio Bestente drove down from Torino for the event and do the dinners. I did a few press interviews and taped a video interview for the TV channel Sky Art. There was a free event in the main square at 9:30am, which is a bit early for me to go onstage but I managed. Alberto Notarbartolo from Internazionale Magazine and I discussed recent articles in the press about the arts. This was open to the audience who asked some quite good questions. My main festival event was the onstage interview, in the lecture room of Mantova University. It had sold out several days ahead which was very gratifying and everyone seemed to have a good time. I was interviewed by Enrico Franceschini from La Repubblica who cleverly took notes while the translations were going on, and used his interview with me for the newspaper, thus only having to do one interview. My interpreter Marina Astrologo was famous, well known for her acting out of the person she is translating, imitating their gestures and translating in the first person. My old friend Clinton Heylin was in Mantova with his wife to promote his latest and we attended the end-of-festival party together. 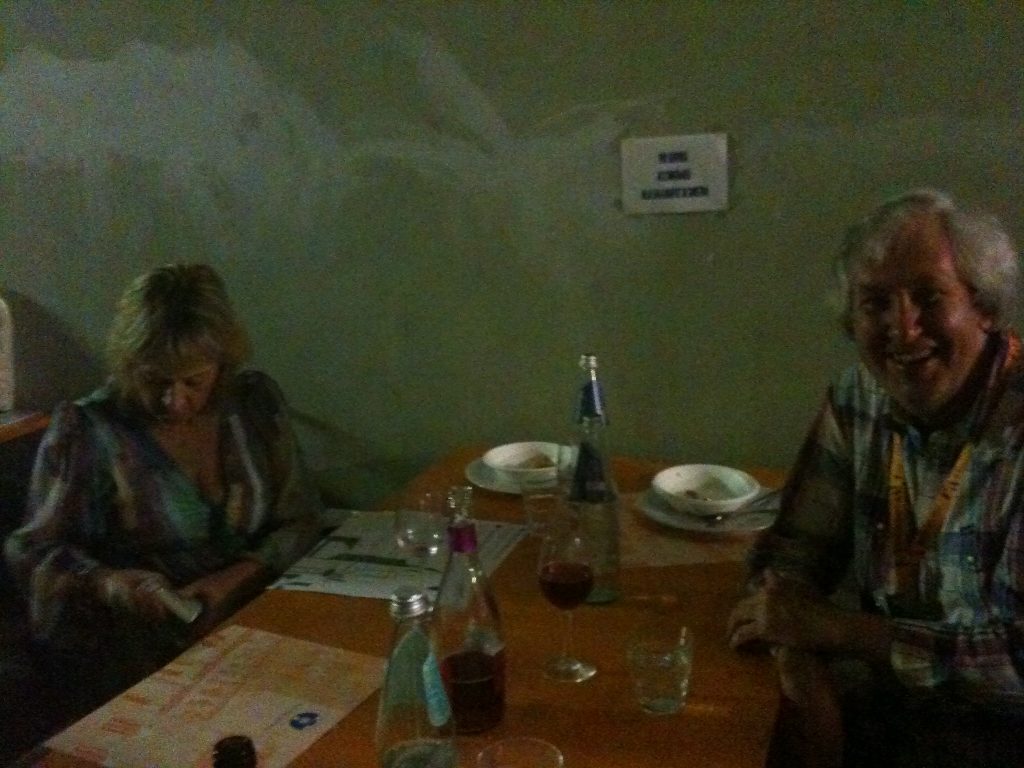