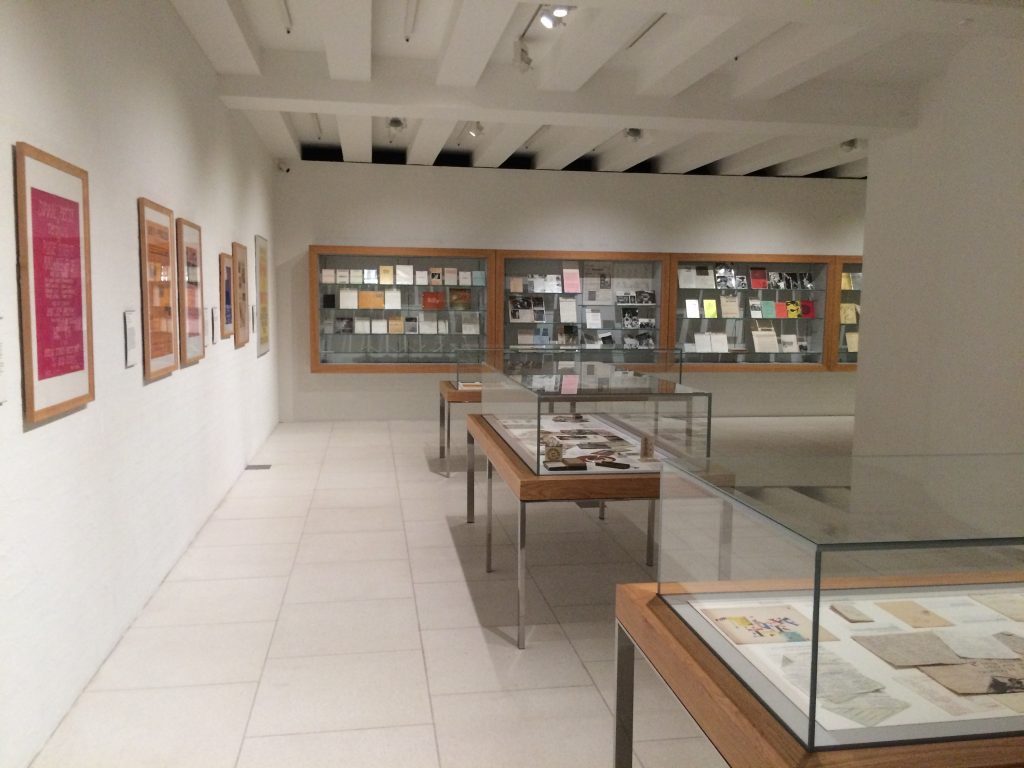 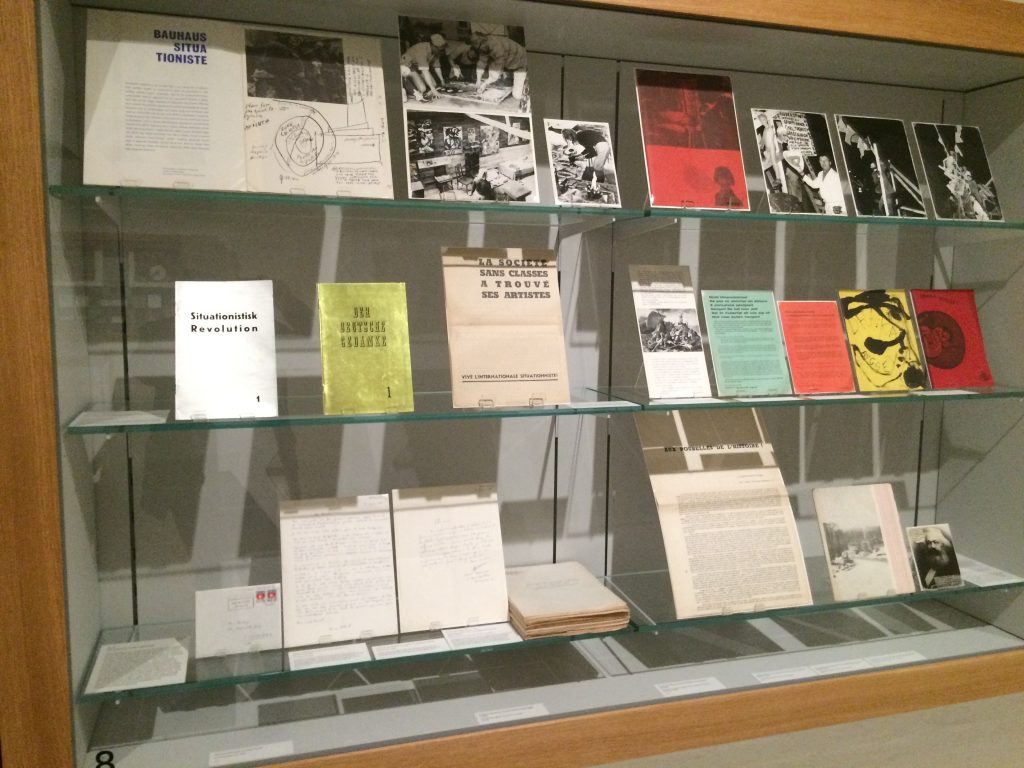 I went round the Nimai Chjatterji Collection show at Tate Britain with Andrew Wilson who worked on the show with Adrian Glew. Adrian was responsible for acquiring the collection from Nimai, which has been a long time in cataloguing – maybe a decade, but given that there are 3,000 boxes of material in the collection, it is a miracle that it is now done. The show features highlights from the collection, including a full range of Fluxus objects, something Adrian is particularly keen on. Nimai bought a great deal of his collection from Indica Books, the bookshop I ran from 1965 until February 29, 1970. In the case of Fluxus objects, we usually received two copies: one I reserved for the counter-culture and avant garde collection of the German dentist Hanns Sohm in Markgröningen whose collection finished up in the Staatsgalerie in Stuttgart. His brother, who lived in London, came in every month to collect all the objects I put aside for him, including all the underground newspapers and mimeo poetry magazines that had come in. He was very particular about condition and insisted that the papers be stored flat. Everyone dreaded the brother’s arrival because he was a Holocaust denier and kept trying to bring the subject up. His brother, who was buying the things, but only managed a couple of trips a year to London, seemed to be the exact opposite: Hanns was large and jolly, his brother thin and depressed. Maybe they were half-brothers or related by marriage.

The other copies of Fluxus usually went to Nimai, but he had often obtained a copy from the artist involved and so we had a few to sell to the general public. It was noticeable that no English institution was interested in collecting this sort of thing, nor any English collectors. (The Tate didn’t start an archive until 1970). I met Nimai again, decades later, at a Tate Turner Prize party. He immediately asked if Jeff Nuttall had produced any more copies of George. It was if we had seen each other only the week before and I was still behind the counter at Indica.

It was terrific to see all the wonderful objects that had once passed through my hands: obscure German language concrete poetry magazines; John Furrnival’s Openings/Unfoldings poetry cards – John was one of my teachers at art college – Bob Cobbing’s Writer’s Forum mimeo poetry chapbooks; a run of Situationist Internationale (including a first printing of the second issue!); the first edition of Yoko Ono’s Grapefruit and so on. There is a letter from Guy Debord; manuscripts; photographs of Jean-Jacques Lebel’s happenings including the first ever conducted in Europe; wonderful documentation. I was particularly pleased to see a poster for the Domain Poetique, organised by Jean-Jacques Lebel at the American Centre in Paris, where William Burroughs, Brion Gysin and Ian Sommerville presented their mix-media performances. This one is from May 1963. Bill did much more cutting edge work when he was living in Europe. If you are in Tate Modern do go and see the show, it’s where the café used to be. 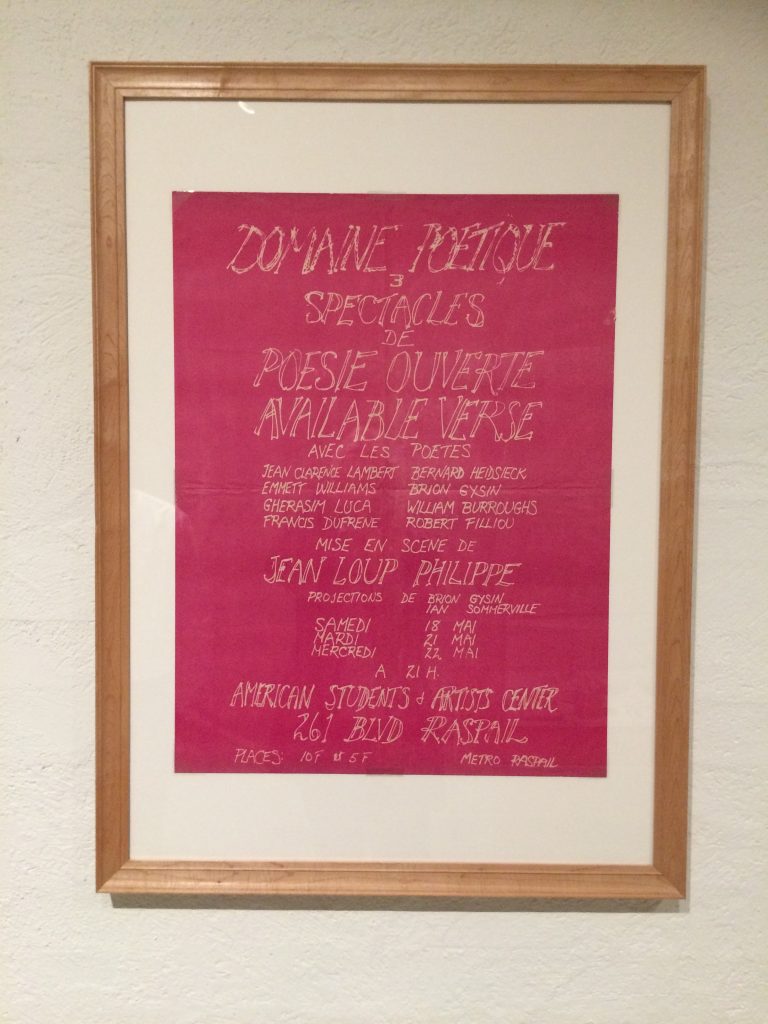