Well, now the lunatics are fully in control of the asylum and there’s nothing much we can do about it except wait to see which gormless public school boy takes over next. The only positive thing about Sunday was the Pride In London march. As usual it was mostly young people, who, despite just having their futures destroyed by a squabble in the tory party, showed they have energy and enthusiasm, humour and good-will. Most appeared to head for Soho afterwards and I couldn’t get across Old Compton Street because it was so packed. The atmosphere there was fabulous, despite the scattered showers and drizzle. 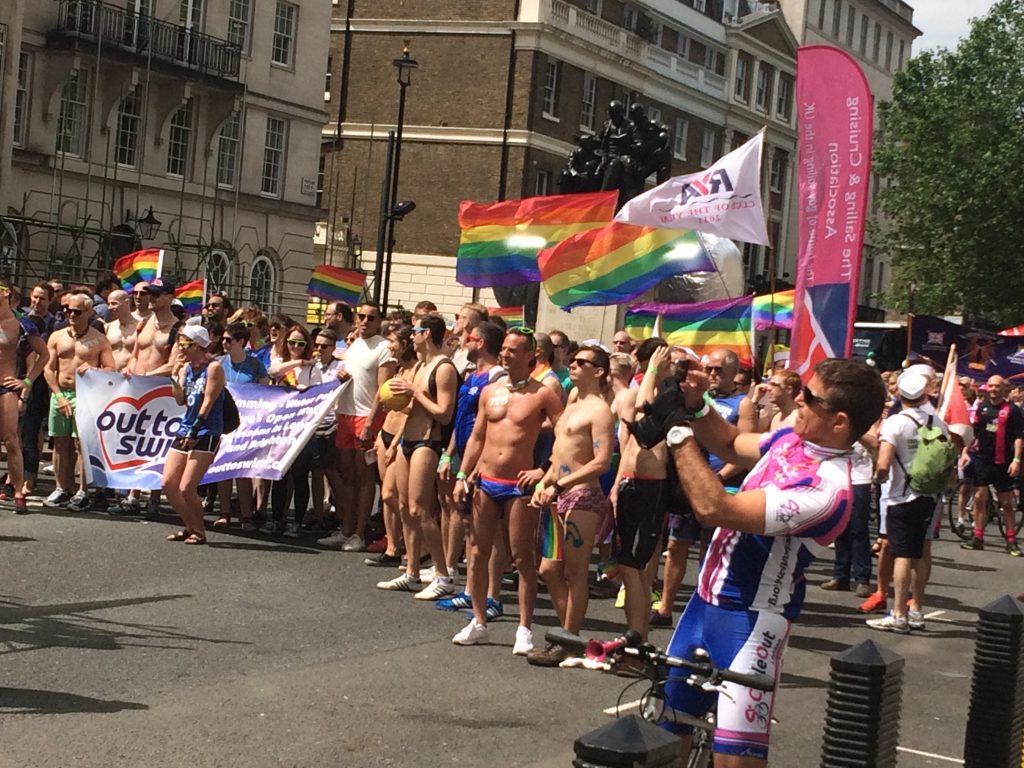 The start of the march on Regents Street

I was at the original Stonewall back in 1969. I missed the first riot, which happened pretty late at night, but later that day, Allen Ginsberg received a phone call, telling him that there was a big gay demonstration in Christopher Street and he should come down. I was producing a record of Allen singing William Blake at Apostolic Studios on East 10th Street. We had just about finished that day’s work so we walked down to Christopher Street in the humid summer heat. The police had sealed off the Stonewall Bar with wooden crowd control barriers, but people could still pass through. A few hundred people, some in drag, stood outside heckling the cops, singing and chanting slogans, but there was no violence when we were there. Allen and I went inside but it was virtually empty. Allen danced with one of the customers ‘like a galleon in full sail’ as he later put it, while I stood at the bar and had a beer. The action was all outside. As soon as we appeared one of the policemen asked Allen for his autograph. This seemed to defuse some of the tension and Allen chatted amiably to the cop and several others came and joined in the discussion. Then some of the demonstrators joined in. The cops were defending themselves in the usual way: they were just upholding the law, they didn’t necessarily agree with it but it was their job to prevent same sex couples from dancing together (the reason for the frequent raids). I stayed for about an hour while the discussion continued, sometimes veering into heated argument, then being calmed by Allen in his usual peaceful way. I headed back to Hotel Chelsea and left him there. He apparently picked someone up so he was well pleased with the evening. Without looking it up, my memory is that it was the next day that the first gay march happened, with a parade down Christopher Street – the first of the gay parades that grow bigger each year, and have been taken up by other cities and are now held in other countries. We saw a huge one in Vienna a couple of years ago.

This year’s parade in London – its 43rd year – was spectacular – many of the people there mainly to show their support in the light of the Orlando massacre. Up to a million people were expected and I’m sure that was a correct estimate. London Mayor Sadiq Khan was there, several policemen proposed and were excepted, the rainbow flag flew from Westminster and the Red Arrows, of all things, flew past. There were representatives from virtually every trade, profession, or special interest group. I was rather hoping that the LGBT division of the feared London Mob would be there, carrying the freshly severed heads of Farage, Gove and Johnson on pikes, but it was not to be. Maybe next year. 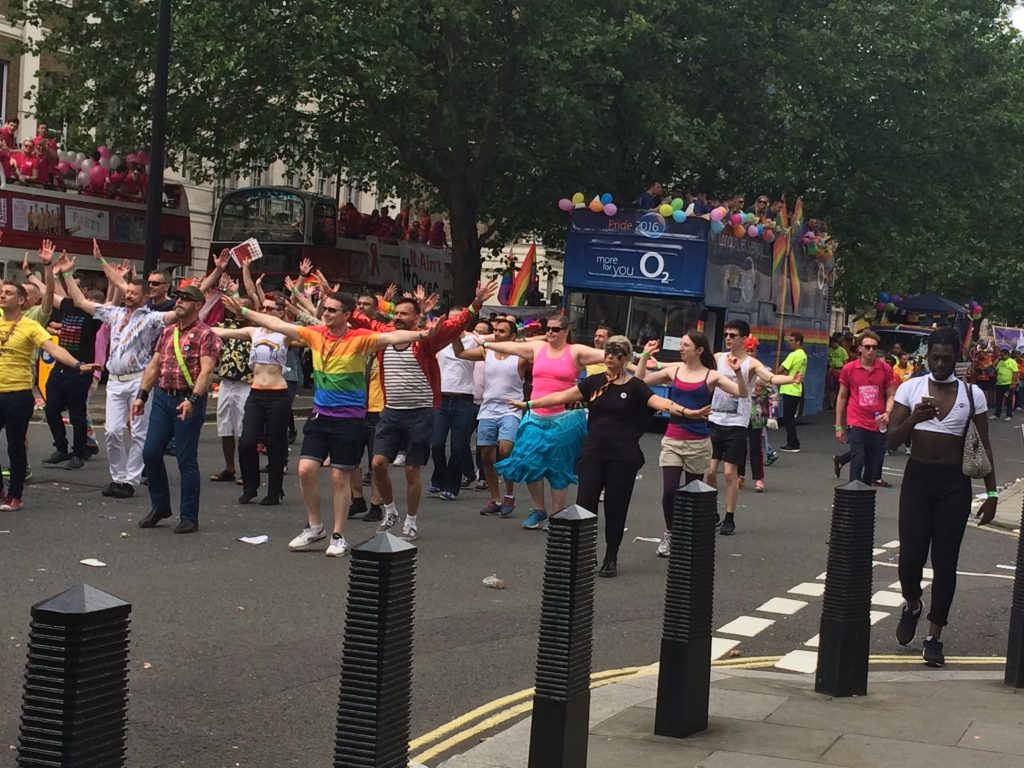