On 2nd of November Rosemary and I flew to Cairo to stay with Tom Hardwick, the son of old friends of ours from Bristol, who is an Egyptologist. Only the previous month he had been inspecting one of the Tutankhamen shrines with the team preparing a conservation programme for them. There are four, originally one inside the other, into which Tut’s sarcophaguses, also one inside the other, were originally placed. Of course they were never intended to be opened and the whole row of artifacts gives us a strange exploded view of his final coffer. Cairo is one of the intense cities I have ever been in: the noise is constant and horrendous; the pavements are so crowded with rubbish, parked cars, lumps of masonry or just exploded smashed paving stones, that everyone walks in the street, avoiding the traffic with a casual insouciance. It takes some getting used to and we never mastered the art of crossing main roads. There are very long sections with no traffic lights and people, including large family groups with toddlers, simply launch themselves into the traffic, taking it one lane at a time. It’s a bit like trusting that a space will appear when you join an LA Freeway. It goes against every urge for self-preservation. The vehicles themselves are decrepit, sand-blasted wrecks with bits missing and the evidence of side-on and full-frontal collisions everywhere. This is because if there is a space in the traffic, the Cairene driver will shoot into it, even if it means he is facing the wrong way at a junction. Arguments are frequent but real fights are rare. The traffic proceeds using a system of toots, bleeps, honks, and full-strength horn-playing, a secret language analogous to the clicks and peeps of bats, as it endlessly shifts position on a four-lane highway being treated as a five-line highway. People do make way for the terrifying Egyptian truck – the one thing they get out of the way of. In the midst of all this is the occasional horse or mule driven cart and, once you get out of the centre, human-pulled carts, camels and two-horse teams.

We were staying in Zamelec, the island in the Nile that is part of Giza rather than Cairo, and the home to many of the embassies. All along the street the pavements are further blocked by guard huts manned by machine-gun toting young conscripts, relaxing behind portable bulletproof shields on wheels. One person we met reported seeing a group of them at night, curled up together in their hut, asleep like a litter of kittens, still clutching their machine guns.

Tom kindly laid on a cocktail party for the night after we arrived and we heard all the gossip from the diplomatic corps and the archeological missions. We met members of the Russian mission almost every night we were there: there are a very limited number of restaurants and bars favoured by the ex-pat community.

We took the pyramid groups in chronological order, beginning with the Step-pyramid at Saqara, followed by the Bent-pyramid, the red pyramid and the Giza group. The first two sites are about an hour away in the desert and had virtually no tourists, just a dozen or so, and the “guides” and souvenir sellers have given up and found something else to do. Tourism is a disaster area. 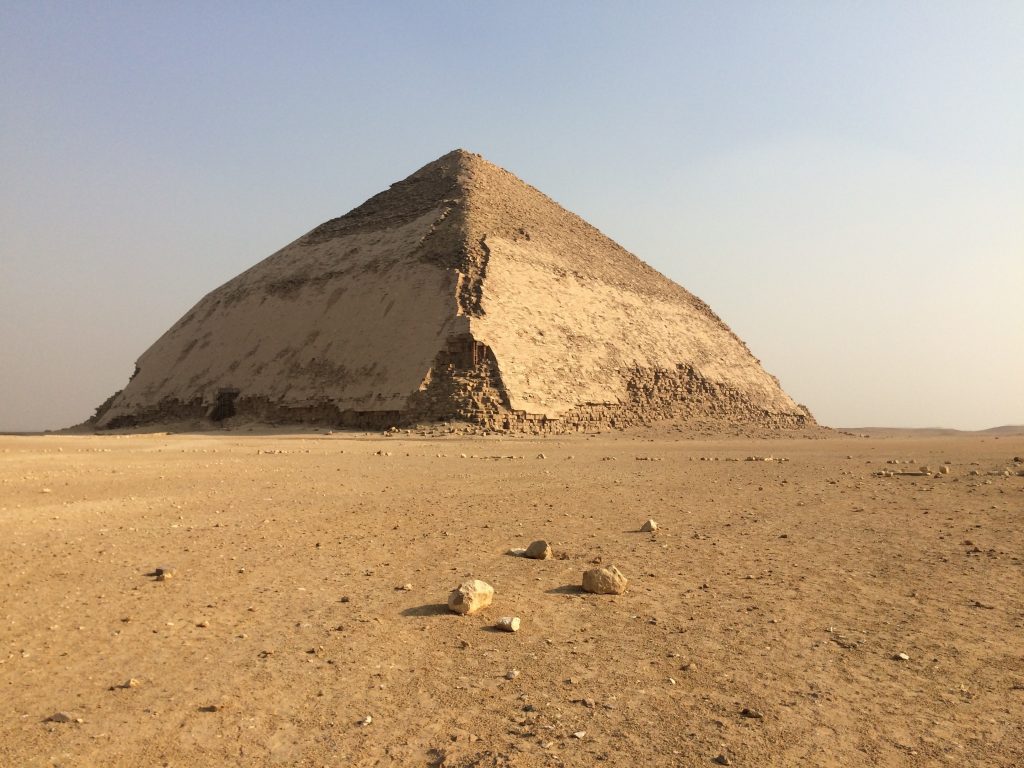 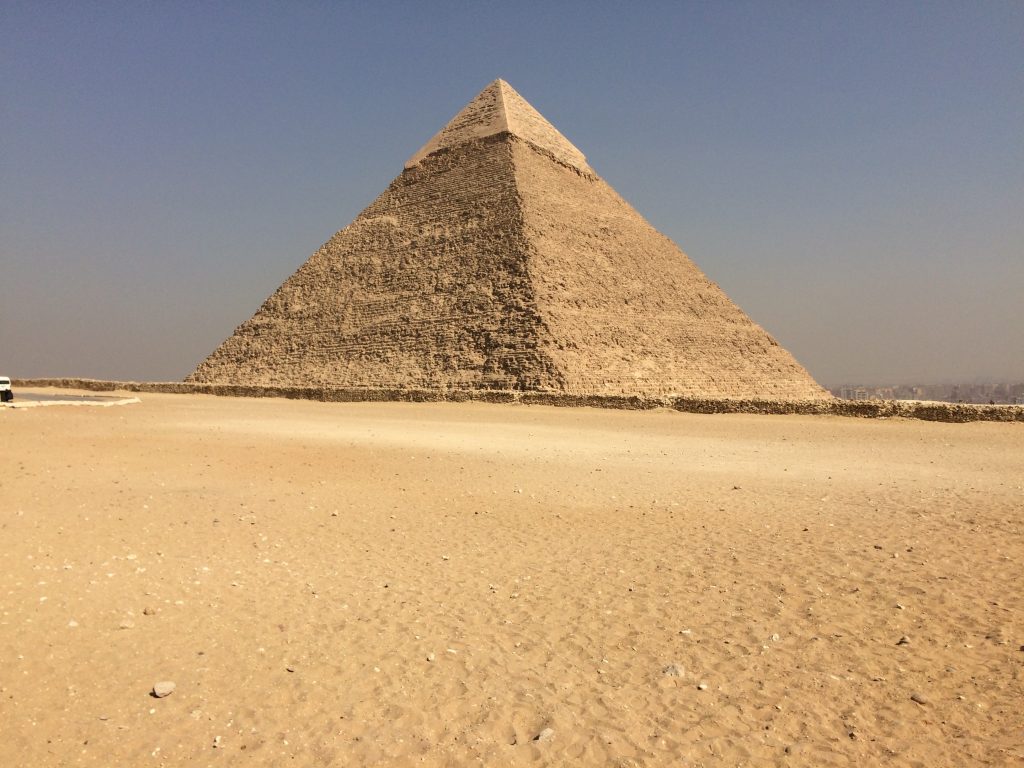 The Great Pyramid group is on the outskirts of Cairo, and has virtually been engulfed by the city. It is swarming with souvenir sellers and “guides” who pester you so much that despite the pyramids being such a magnificent spectacle, it is virtually impossible to stand and contemplate them because so many people are grabbing at you, trying to get your attention, and this includes the tourist police. Most tourists arrive in a couch with an official guide so with tourism down by about 90%, the few individual explorers that do manage to get there are sitting ducks. There is proper airport security to enter the site, but the local villagers have always had the privilege of fleecing the tourists and the authorities appear disinclined or incapable of keeping them out.

At the red pyramid we had our own armed guard, following us a discrete distance – there were no other tourists at all – then someone else arrived. It was a black guy from London who had clearly assessed the situation and immediately knew how to deal with it. He ran up to the guard and said, “Yo brother, I’ve come from London to see the pyramids!” The next time I turned around, he was taking a selfie of himself with the guard who was all smiles.

The Egyptian Museum is one of the great sights on Earth. The range of Pharonic antiquities is astonishing. I am used to using the Egyptian galleries of the British Museum as a short cut when ever I go to Museum Street or Holborn, and am familiar with their haul of booty, but the quality and quantity in Cairo is breathtaking. As it should be. The Tut material is the jewel in the brown, of course, with his chariots, his golden beds, his fans and pots, his childhood toys and children’s throne. The sheer quantity of gold objects is overwhelming: the ancient Egyptians liked a big of bling and so of it is over the top. There were tourists there but it was easy enough to wait a minute or two in order to be the only one contemplating some magnificent object from 3500 BC.

As an ex-art student myself, I particularly liked the galleries of art school sketches, drawn or painted on flat fragments of marble or rock (papyrus was too expensive for practice whereas rock is free). The work had a freshness and individuality to it that is often missing from the low-reliefs and painted panels except in the most important pieces where you can see the hand of an anonymous master, or masters. 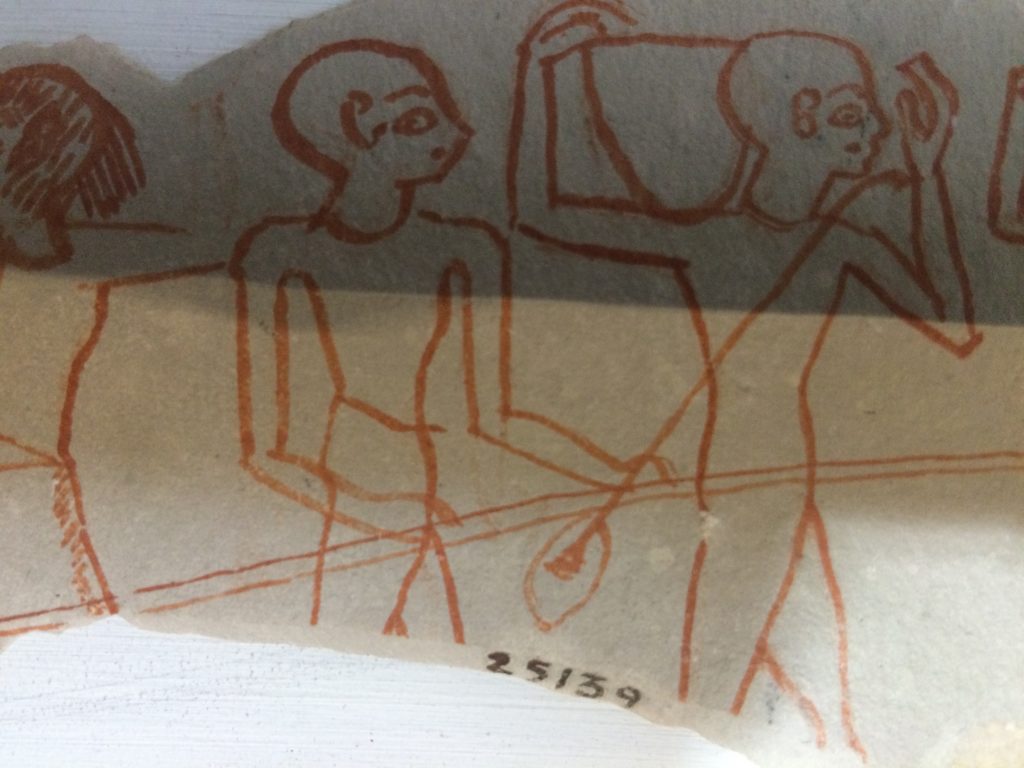 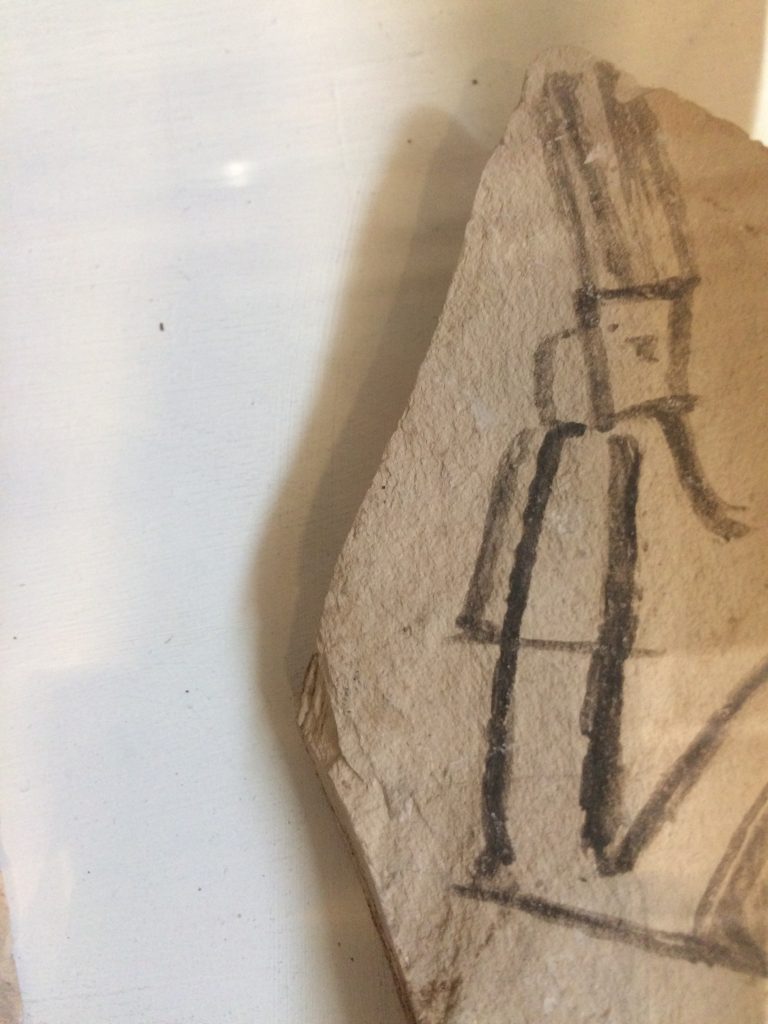 Tom left us for a while to join his friends and colleagues inside one of the Tut shrines. Of course we saw the great gold mask from his mummy, and the funerary jewelry, but to me the actual sarcophagi were more extraordinary – they fit inside each other – and the throne, which opens the exhibition, which has the original leopard-skin seat reproduced in ebony and ivory so that it will last forever. 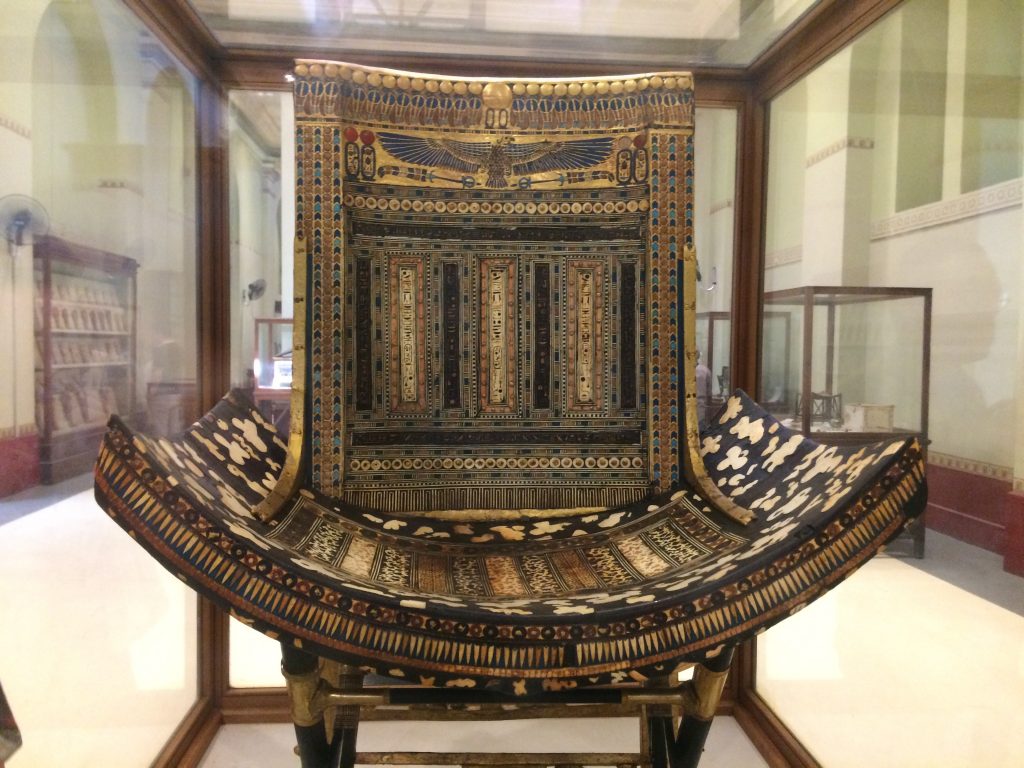 Then of course there is medieval and Islamic Cairo!