Today there was a celebration of the 50th anniversary of the Poets of the World / Poets of Our Time poetry reading at the Albert Hall of 11 June 1965. Claire Leavey put on a nice event at the Roundhouse as part of their Last Word Festival. I appeared on two panel discussions. On the first one I shared a table with my old friend the poet and songwriter Pete Brown but I later realised I was probably not supposed to be on it. Someone had come into the Green Room and asked ‘Who’s on the panel?’ so I got up and followed them. The discussion was not about a subject I recognised, “Revolutionary Poetics” but that’s never stopped me reminiscing with Pete about poetry, life and the sixties. Pete Bearder and Cecilia Knapp covered it very well. Anyway, it turned out there was another one, a bit later, that Pete and I were both on along with Michael Horovitz. I’ve known Brown and Horovitz since 1960, which certainly dates us a bit, and I’ve done quite a few events with them both recently: Pete and I were at a thing in Liverpool as part of the excellent Adrian Henri exhibition at the end of January, and Mike and I frequently do things together. I thought I’d not got seats for the poetry reading afterwards, which had cabaret seating, so I missed it and went off to Soho with my old friend Kipps, who had kindly come up from Oxford for the event. Turned out later, of course, that I had a table reserved. But it was an event worth celebrating and everyone seemed to have a good time. 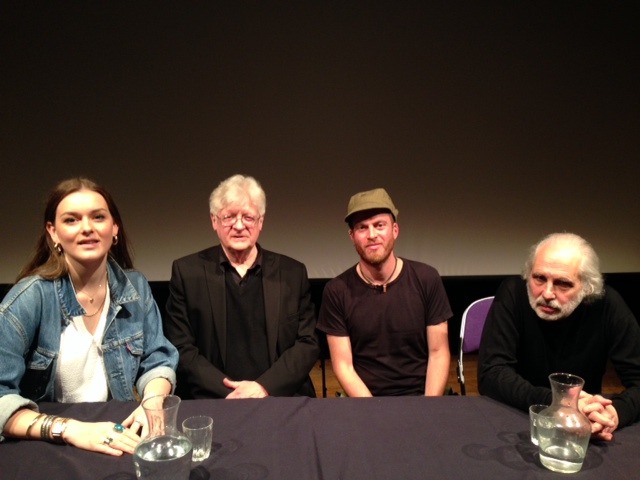