It has been some time since I updated this blog. In the last four months a lot has happened. My old friend Hoppy died on January 30. I had known him since 1960 – 55 years ago – when I was 17 and first at art college. There was a plan to take a 1935 hearse to Moscow and I was one of the art students involved who helped to prepare the vehicle. We painted it bright yellow and on the back I lettered, in gil sans, the ID “Cheltenham CND” and painted the peace symbol above it. Unfortunately I couldn’t afford to go on the trip – the cost was a prohibitive twelve pounds – but I was happy to help out. Hoppy was one of the people going and he came down to Cheltenham several times from London to discuss the trip with his fellow travellers (pun intended). We got on well and Hoppy, generous as ever, said that if I ever needed anywhere to stay in London, I was welcome to bed down on the couch in the living room at his communal flat in Westbourne Terrace in Notting Hill. I naturally took him up on this, and about once a month I would hitch-hike up to town for the weekend. It took about 4 hours in those days before the motorways were built and the A40 was a notoriously bad road, crowded with lorries and often single lane.

In 1963 I moved to London to do a post-graduate (post-National Diploma in design, as it was then) art teaching course at the University of London Institute of Education. It so happened that Peter Wollen – later the film-maker, film and art critic, and head of UCLA Film dept – was moving out and getting a flat with Laura Mulvey. This meant that there was a room free at Hoppy’s flat. Susan Crane and I had been living together in Cheltenham without her parents knowing but we had to marry in order to do so in London, so it was Sue Miles and I that moved into Hoppy’s pad that September. Our flatmates were Gala Mitchel – the model – John Howe, then working as a psychologist for a motivational research company (this meant that we had masses of Laughing Cow cheese in the flat at one time, and cartons of cigarettes on another) – and Alan Beckett, also a psychologist, in the front room next to Hoppy. Beckett, as he was always known, was very keen on jazz – as were we all – and was often visited by Ron Atkins – later the Guardian jazz critic – whenever a new recording of major significance was released: a new Monk, Coltrane, Coleman, Mingus, etc..  Hoppy in those days was a photographer and worked a lot for Melody Maker, often photographing the very people were listening to. Even now I have a photograph of Thelonious Monk’s hands on the wall of my living room taken by Hoppy in about 1964.

Hoppy was a good name for him; it was impossible to imagine him walking slowly down the street, he was always rushing, almost running. The same applied to his driving; the way he zipped around London in his tiny Mini-Cooper could be quite hair-raising, and we once narrowly avoided death once when he was late for a gig and took Hyde Park corner in a hurry. Only by mounting the pavement did we escape being crushed by a turning lorry. The last scary ride I had with him was returning down hair-pin bends from a visit to the prehistoric cave paintings at Neaux in the Pyrenees, a drive which was almost as memorable as the paintings themselves.

Hop had a huge infectious grin and a twinkle in his eye that caused several young women to compare him to the God Pan. I have never met anyone with such pronounced laugh-lines. Later on, Sue Miles affectionately called him ‘the Old Goat’ and Hop certainly enjoyed the sexual freedom of the sixties. It was his humour that made him such a wonderful person to work with, that and his generosity. For him if something was worth doing, he would look around to find the best person to do it, even if he stood to lose money in handing them his research or his contacts. 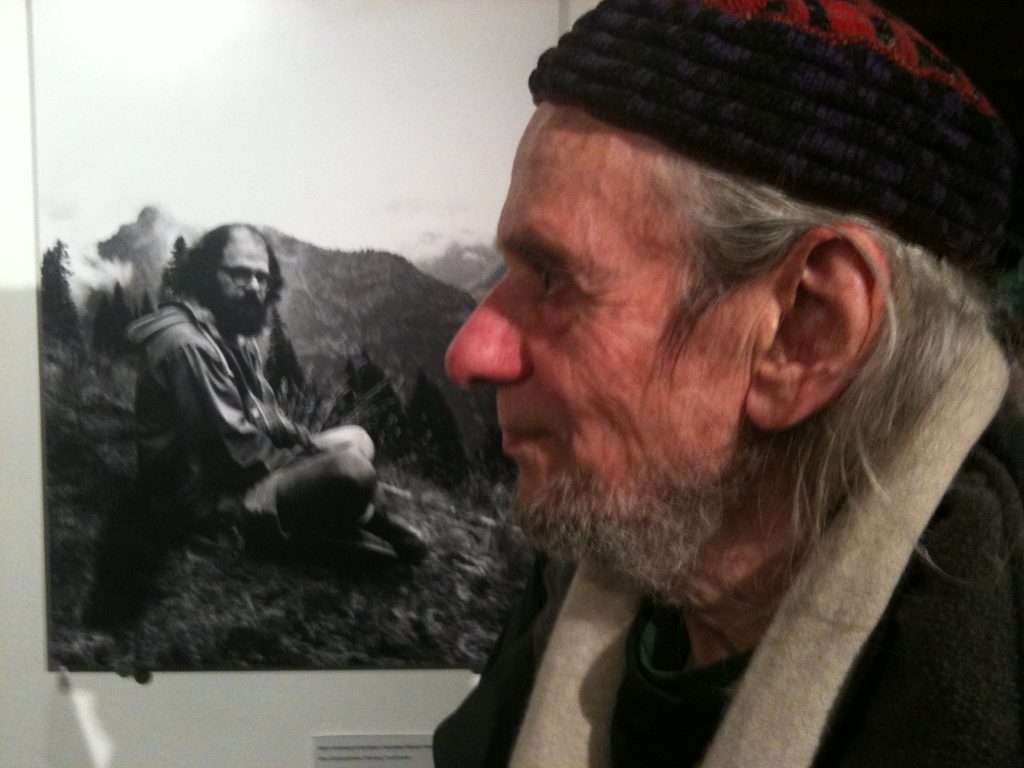 I remember Hoppy best from when we worked together on the great 1965 poetry reading at the Royal Albert Hall. By then I had left Hoppy’s place and he had moved to Queensway. Allen Ginsberg was staying with me in Hanson Street at the time, and Hoppy offered to do all the publicity: he assembled the poets at the Albert Memorial and took a whole series of shots of Allen, some of which were used by the Sunday papers. It was as a result of the reading that Hoppy and I decided to start a small press. It was called Lovebooks Limited, and at first we just issued literary material: an album of Allen Ginsberg, Lawrence Ferlinghetti, Gregory Corso and Andre Voznesensky reading at the Architectural Association, an anthology called Darazt (Tzarad backwards – Lee Harwood’s literary magazine named in honour of Tristan Tzara) and Long Hair magazine, 80 pages, mostly given over to Allen Ginsberg’s Cambodian Journals, later published as Ankor Wat. Allen named the mag.

Hoppy’s training as a scientist meant that, almost alone among the early sixties counter-culture types, he was efficient and could work out the most practical and simple way of doing things. This was extremely useful when we decided to publish a newspaper to reach the inchoate underground, or counter-cultural community. After a trial run, sold at the Aldermaston march, Easter 1966, we brought in a number of friends: Jim Haynes, Jack-Henry Moore, Michael Henshaw, and together started International Times, or IT in October 1966. Hoppy and I gave out sugar cubes as people arrived for the launch party at the Roundhouse. It was amazing how high people got on them considering they didn’t contain any LSD. At IT Hoppy did much of the practical work to do with printing and distribution, and was responsible for the Bradley Martin column, in which up to date marijuana prices were published, much as The Times published stock price. I learned so much from him, he was one of my oldest friends and I do miss him.