On 27 June I went to the private view of Natalie du Pasquier’s show at Pace. She is a French artist who has lived and worked in Milan for decades. In keeping with her origins as a founder member, with Ettore Sottsass and George Dowden of the Memphis Group, her work shows her to be a terrific colourist and a master of that dodgy area between painting and sculpture. She built a separate room in the centre of the gallery which contained paintings of paintings, but even there the colours were so intense that it was hard to see what was three dimensional and what was flat. This is a sculpture, for instance, on a real plinth against a red wall: 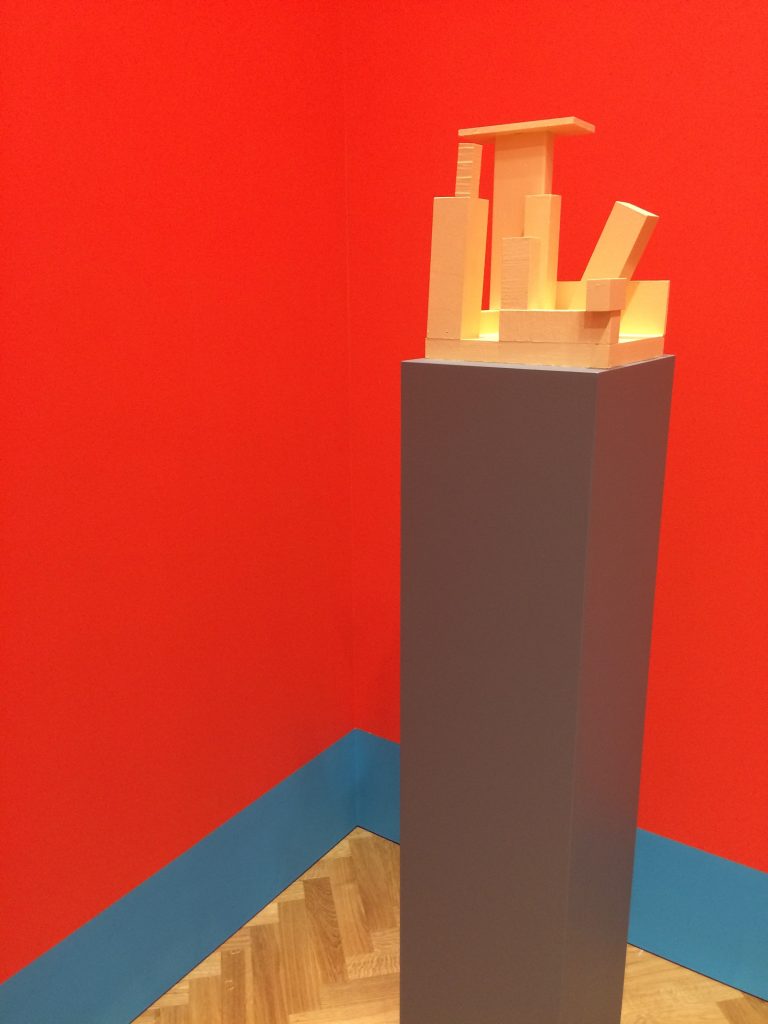 There was an after pv dinner in Soho and here we are, avoiding the London rain. 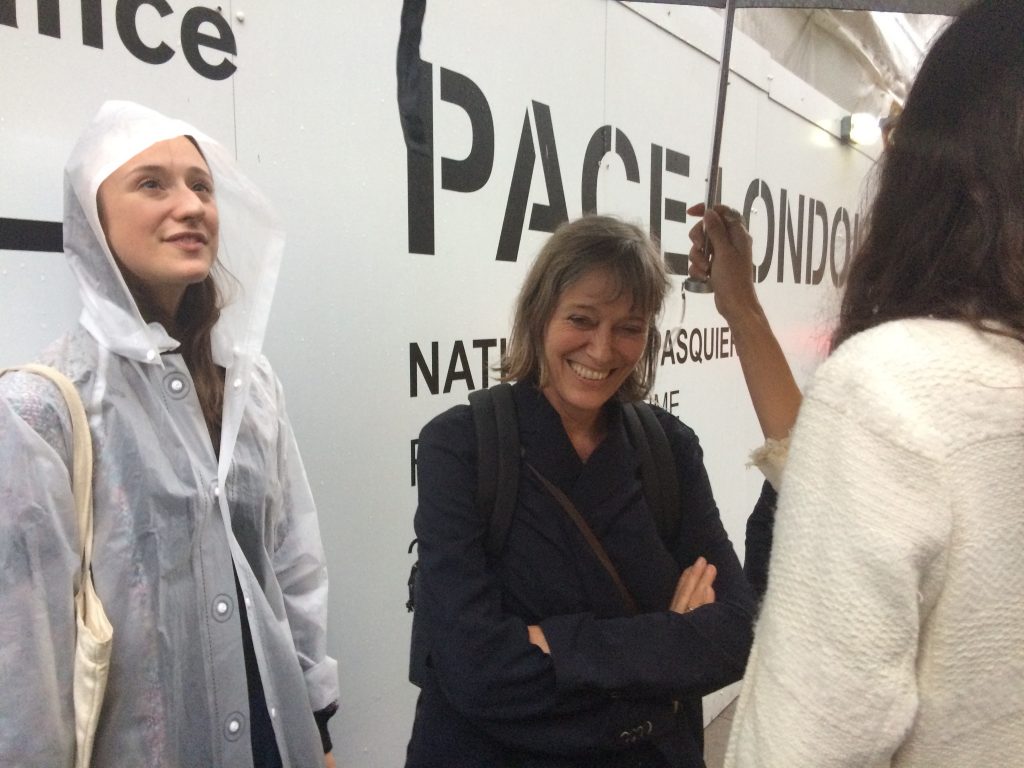 I went straight from there to Bergamo for the literary festival. I was interviewed onstage in the open arcade beneath the medieval town hall, the Palazzo della Ragione with Bergamo’s amazing cathedral to the left and Piazza Vecchia to the right. This was where most of the events took place, open to the public for free, with a huge video screen behind the stage, and free wine for the audience! (and speakers). There was a translator whispering in my right ear, so that I could understand the questions. Here’s a view from the stage, as the audience were getting seated. 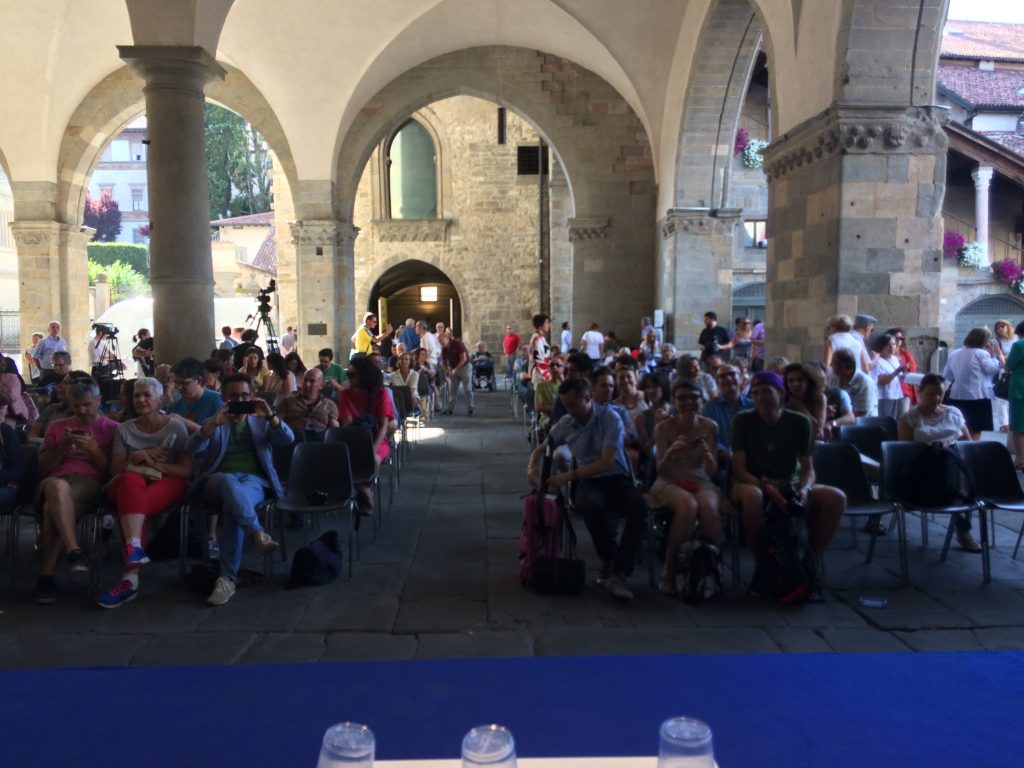 My audience in Bergamo getting seated, July 2.

Afterwards one of my Italian publishers, Sergio Bestente, took a group of us, including the writer and musician Vittorio Bongiorno to dinner at a rooftop restaurant. When the cathedral bells struck 10:00pm, all the lights went out and we were left with just candles. After a few minutes, they came back on again. We thought maybe it was a power cut but the waitress explained that 10:00 used to be the curfew, when everyone was supposed to blow out their candles and go to sleep. This tradition is still referenced in the present day. We had tried to get into the huge communal restaurant, owned by its staff, but it was booked solid so we could only manage a drink there. 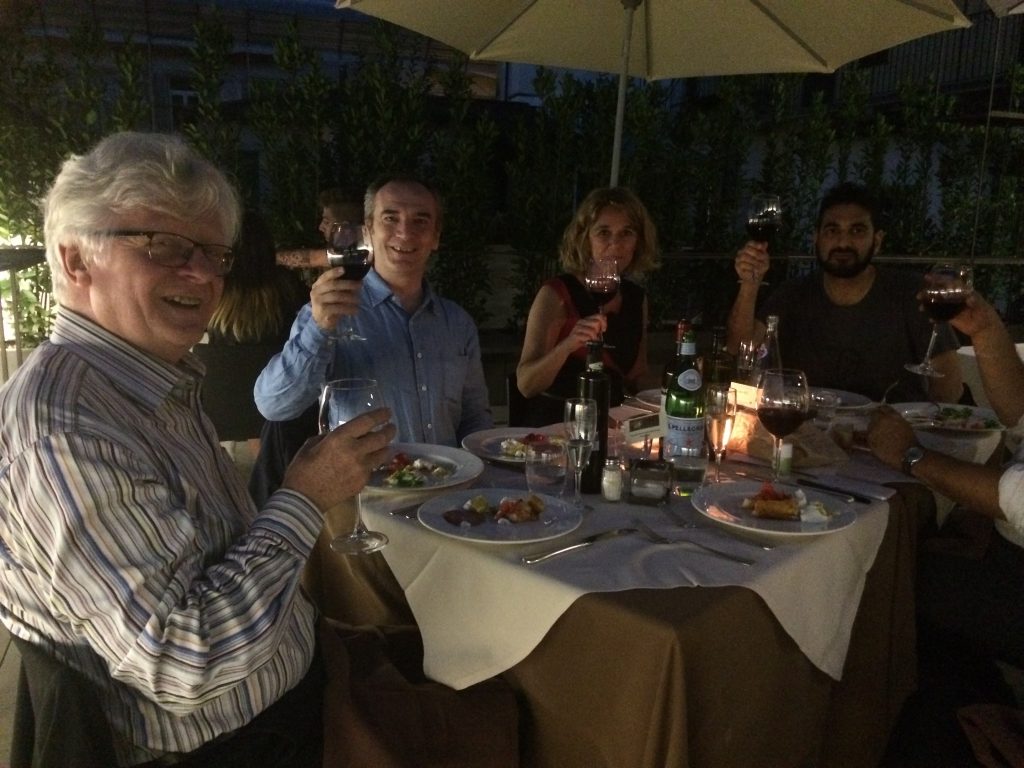