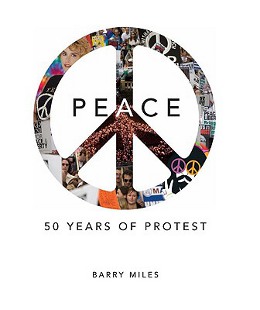 This was a commissioned book, but one that was of great interest to me as I was a very active member of CND in the early sixties. Originally designed as the official sign for CND (Campaign for Nuclear Disarmament) in Britain, the Peace Sign is probably the most commonly used symbol of protest in the world, instantly recognised as everywhere as the universal sign for Peace. We managed to find Gerald Holtom’s original drawings for the symbol, which was originally intended for use in just one peace march but was then very successfully adopted by the newly formed CND as its symbol. I was amazed that Reader’s Digest published it in the States as I’d always associated them with Eisenhower Era hard-line right wing ideology; clearly things have changed.