London Calling: A Countercultural History of London Since 1945 by Barry Miles – review

Barry Miles chronicles the capital’s postwar counterculture with wit, style and a refreshing lack of nostalgia 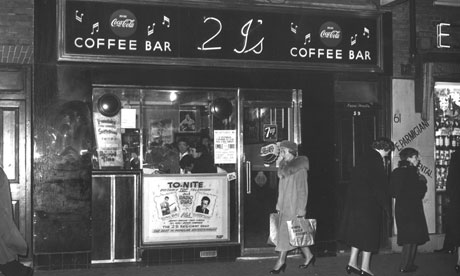 Noting an influx of film people and the loss of cheap cafes for artists, guidebook writer Stanley Jackson declared bohemianism in Soho all but dead as long ago as 1946. Barry Miles, co-founder of 60s underground newspaper International Times, is alive to the dangers of making such fateful pronouncements. All the same, his hugely enjoyable survey of London’s cultural underbelly has the feel of a requiem.

With Francis Bacon’s beloved Colony Room gone, and the Groucho Club owned by a private equity firm, the capital’s truly countercultural days are firmly behind it. Miles is tremendous at evoking a now vanished city of coffee bars and out-of-hours drinking dens, a sordidly romantic metropolis where days could be idled away in a fog of Craven “A” smoke alongside impecunious poets, French prostitutes and bearded folk musicians. The internet, Miles reasons, has eroded the importance of place and is killing off the avant-garde by making any activity (however outrageous) instantly accessible.

Pure nostalgia, though, is kept firmly in check by eye-opening details of Withnail and I-esque squalor, the greatest furnished from the author’s own memories. (A description of the novelist Alexander Trocchi’s Holland Park penthouse littered with used syringes makes for distinctly queasy reading.) The book ranges from the postwar Fitzrovia of Julian Maclaren-Ross to the Young British Artists in Shoreditch around the millennium. But, inevitably, it is at its most assured – and original – when covering the 1960s.

One thing Miles conveys well is the degree to which a deeply antagonistic establishment was a necessary evil in all of this. Police raids on nightclubs, bookshops and galleries stud the narrative like cloves in a ham. Even the Park Square Mews home of Radio 1’s John Peel was seemingly not immune from the attention of the boys in blue. The constant harassment of Le Deuce, the pioneering gay disco on D’Arblay Street frequented by Derek Jarman, had fatal consequences for the club’s tropical fish: every time it was raided, the clientele tossed their pep pills into the tank beside the dance floor, poisoning the fish in the process.