Barry Miles came to London in the Sixties to escape the horsey torpor of the Cotswolds in which he grew up. 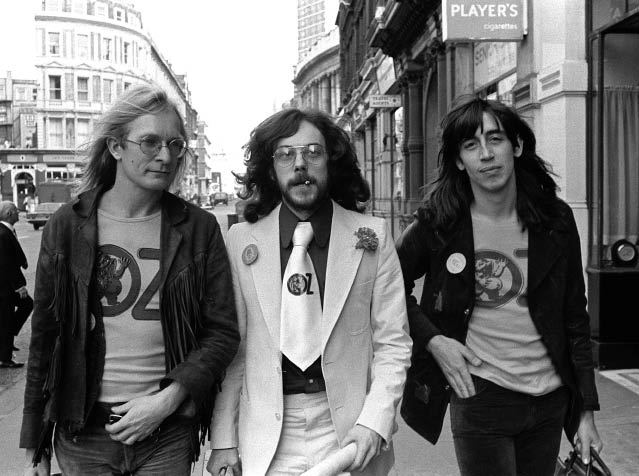 Barry Miles came to London in the Sixties to escape the horsey torpor of the Cotswolds in which he grew up. Known at first only as ‘Miles’, he worked at Indica and Better Books and was soon helping to organise the Albert Hall reading of 1965 which is supposed to have changed British poetry for ever, though whether it did, or for the better, is debatable (Alan Ginsberg thought none of the British poets were worthy to read with him).

He then moved into journalism on the International Times and wrote biographies of both Beats and Beatles, as well as Zappa and The Clash. He seems to have been present at every ‘underground’ event of the next 20 spaced-out years. That he remembers them is something of a miracle, given the number of substances consumed, and his often too detailed account is unsurprisingly sometimes inaccurate, especially about the scene before his own time. It is also narrowly metropolitan in scope. But it can be recommended for all those who wish to discover, or to be reminded of, a very inward-looking and self-indulgent period, whose most lasting product has been its music.

Starting with Fitzrovia and moving quickly to Soho, the usual drunks and derelicts are recorded, though Miles never sufficiently distinguishes between those who dropped into the French Pub or Muriel’s for an occasional drink from the generally useless and unproductive regulars. He ends claiming millionaires like Gilbert and George and Damien Hurst for the ‘counter-culture’, along with the more plausible Derek Jarman and Leigh Bowery, so the term is so wide as to mean little.

There has always been much interplay between the establishment and its rebels, most of whom are only too happy to join, leaving the young, unknown and unsuccessful to struggle on without them. Only in popular music has the pose of counter-culture sometimes continued from such snarling slums as Weybridge. The chief weakness of London Calling is a failure to notice that the underground, though often highly exciting, was mostly selfish and frivolous.

It was, Miles admits, heavily dependent on drugs, and drugs turn people in on their own fantasies, not out to the real world. The underground was always primarily concerned, in an exaggerated late romantic way, with its own feelings; for all its occasional social campaigns, it was ethically and politically almost null. Miles knew and has written about William Burroughs, for instance, but even if you admire the invention of the cut-up novel and can stomach his descriptions of hanging lovers to get a better orgasm, Burroughs believed so much psychedelic twaddle that he’s impossible to take seriously. Every attempt to engage with the real world, such as the Free University, collapsed after a few months. No one was prepared to do the necessary work to make things function. (An exception must be made for Caroline Coon and Rufus Harris who founded the very necessary Release.)

Only in the continued struggle against the viciously corrupt, dirty drug squads of the Metropolitan police was there any serious attempt to confront the enemy. The failure of one Home Secretary after another to deal with these evil people (to use one of their own phrases) shows that the establishment too often really was the enemy of personal freedom, though it also raises the question of just how valuable the things being prosecuted were. Oz was often literally unreadable, for instance, because of the way it was printed.

Police corruption, obscenity trials, and witch-hunts against gays were not just underground issues, though. And Miles avoids discussing a major one. The clubs were expensive; as the Beatles and Stones gave way to the Sex Pistols and the New Romantics, the advertising and fashion industries took over and the clothes cost a fortune; so did the drugs. To be part of the scene you had to have money. You had to be middle-class, even if you disguised your accent. Miles acknowledges the destructiveness of heroin, but never asks to whom the drug money went, or what damage the drug-dealers did to society in general. The heads found thinking about such things did their heads in.

The nearest I ever got to acid myself was gazing through the door of Granny Takes A Trip, but the underground was never that far under and I still knew quite a few of the people Miles writes about, though our opinions about some of them differ. There were many very enjoyable things among the bad and stupid. If little of lasting value came out of it except music, here they all are.

This article first appeared in the print edition of The Spectator magazine, dated March 13, 2010