You are here » Books » In the Sixties 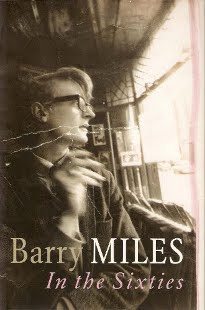 In 1970, Allen Ginsberg, who loved gossip, kept telling me to write down all the stories about my life in the Sixties, particularly those about the Beatles and other famous figures that I was involved with at the time. At the beginning of the decade I was at art school in Cheltenham; by the end of it I was running the Beatles’ Zapple label and lived in the legendary Chelsea Hotel. This is the story of what happened in between: the beatnik scene surrounding Better Books on the Charing Cross Road; the Albert Hall Poetry Reading of 1965 which occurred when Ginsberg was staying with me; the founding of Indica Books and Gallery with Peter Asher and John Dunbar; Paul McCartney’s involvement in the shop and gallery; the start up of the International Times (IT), Europe’s first underground newspaper, founded by myself and John Hopkins, with the addition of Jim Haynes, Jack Henry Moore and Michael Henshaw; the IT launch party at the Roundhouse in October 1966; the 14-Hour Technicolor Dream; the UFO Club and the Pink Floyd; Beatles recording sessions, including ‘Tomorrow Never Knows’, ‘All You Need Is Love’ and the Sgt Pepper sessions; the Times ‘pot ad’, and finally recording albums with Richard Brautigan, Charles Bukowski, Allen Ginsberg and others in the States.

‘Miles is like a breathing refutation of the gag that if you can remember the 1960s, you weren’t really there: he was right at the epicenter of a cultural earthquake, and he remembers it in surprisingly exact and engaging detail… An intelligent and relatively unabashed defence of the 1960s underground.’  – The Sunday Times.