You are here » Books » Hippie 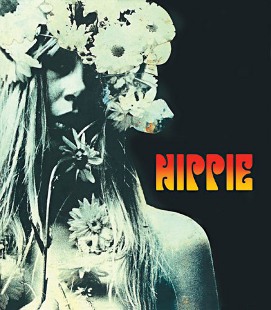 This was always conceived as an illustrated book, with the pictures telling the story of the youth counter-culture of Britain and the US in posters and photographs just as much as the text. It was done with a friend of mine, Mal Peachy, as a package and covers the years 1965 to 1971 in depth and with full prologue and epilogue sections that bring the story up to date. Hippie details the stories of the major figures of the scene and shows the difference between the San Francisco, Los Angeles, New York, London and Amsterdam movements. It became a New York Times bestseller in the States, partly because they sold it at the knock-down price of  $19.67, and helped by the fact they managed to get me onto national television. It was fun to promote because all my old friends in Boston, New York, Washington, San Francisco and Los Angeles came out of the woodwork – people I’d sometimes not seen in 20 years – and I was able to treat them to dinner in the rather grand hotels that my publishers had provided.

Considering that it was produced very quickly, I thought it came out pretty well. It received some nice reviews:

‘…a spectacularly designed coffee table book that is every bit as captivating, colorful, and self-congratulatory as the eponymous social types it describes.’ – The Washington Post