You are here » Books » Ginsberg: A Biography 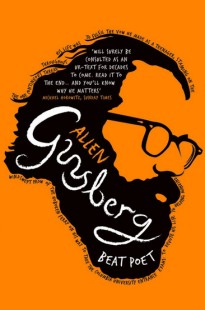 In 1983 I was hanging around in New York with my friend Victor Bockris and through him got to know his friend Andrew Wylie; they wrote articles and books together under the combined name of Bockris-Wylie. Andrew had decided to become a literary agent. One evening, I was with them, along with Victor’s flatmate Jeff Goldberg, in the garden of an Italian restaurant just off Father Nimo Square in Greenwich Village, and Andrew told us in his usual confident way that he was going to get us all enormous advances, even though at this time none of us had yet written a proper book. I was to write a biography of my old friend Allen Ginsberg, Victor was to write a biography of his old friend Andy Warhol, and Jeff was going to write a book on opium. It seemed an excellant idea. Andrew had devised a complicated way of presenting books: a long proposal that included a sample of the writing, a story outline, a descriptive list of chapters, potted biographies of all the major characters in the book and a list of the minor ones – 50 or more pages in all. I approached Allen, who was reluctant at first but agreed to talk about it. I flew out to Boulder, Colorado, where he was living at the time, teaching at the Naropa Institute. I stayed at his house for about a week and spent some time with William Burroughs, who was also teaching there, and Timothy Leary, who made me join in and speak at one of his classes. Allen and I discussed the idea and I explained how I would approach it. Allen liked my intention to show how the Beat Generation was an  international movement, and that I would pay particular attention to his years spent abroad in India, South America and Europe. He also liked the fact that I wanted to write as objective a book as possible, allowing the reader to form their own opinion of his achievements. Allen gave me his blessing and also complete access to all of his 300 or more journals, beginning at age 16. He said he did not want the right of approval. Victor, on the other hand, ran into trouble with Andy who said they mustn’t talk to each again until the book was done. Then they could be friends again. It was a typical Andy game, but he stuck to it. When he saw Victor at a night club he would blank him, but when Victor turned away Andy would give me a big wink. Then, astonishingly, Andrew pulled it off and got all three of us the advance he said he would. I signed a contract with Simon & Schuster, and set to work. This was before the invention of the laptop so it was all written on an electric typewriter: my first, very rough, draft came to almost a million words. It took a ridiculously long time to write but I will never forget, five years later, unwrapping the FedEx package to reveal an advance bound copy of the book: my first real book.

‘A life so dramatic, so dangerous, so committed to hard-volume truth, that his survival is a miracle, his kindness, wisdom and modesty a mysterious blessing. Reading Richard Holmes’ Coleridge, I find it hard to think of a modern equivalent to that man’s genius at existence. But Ginsberg comes close in breadth and depth of travel, friendship, love, adventure, life.’ – Adrian Dannatt in The Times

‘Will surely be consulted as an Ur-text for decades to come. Read it to the end, along with Ginsberg’s fifteen best books, and you’ll know why he matters’ – Michael Horovitz in The Sunday Times

‘Skillfully evokes the poet’s childhood, authoritatively expresses his opinions on sundry matters of later life and work, gives him his due as the lifeforce of youthful rebellion and in the 1960s counter culture. Read it; you’ll enjoy yourself’ – New York Times