You are here » Books » Call Me Burroughs, A Life

Call Me Burroughs, A Life 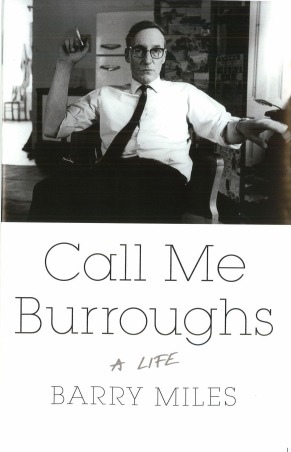 Call Me Burroughs (US edition):

Introduction to the W.S.B. journal:

Call Me Burroughs, a Life, was published on February 5, 2014, the 100th anniversary of Bill’s birth. The authorized biography was originally commissioned by Grove Press in New York in 1999 from James Grauerholz, the man who knows more about Burroughs than anyone else on earth. He was Bill’s friend and confidante for 23 years, he was Bill’s adopted son and now, after Bill’s death is his heir and the executor of his estate. James did a phenomenal amount of research, and wrote a number of research papers that I have drawn heavily upon, including Burroughs in Chicago – the wartime period –The Death of Joan Vollmer Burroughs, an almost book-length study, looking at every scrap of detail and reporting on all and every angle. He also wrote another carefully researched study of Bill’s childhood in St. Louis and his family background.