Yesterday (4 December) there was a flurry of snow on Oxford Street. Everyone on the pavement stopped and looked up, astonished, as it was a warm day, about 14 degrees, and it is unusual for snow to make it to the ground in the West End without melting because the pollution, car exhausts and heat exhausts from restaurants produce a hot micro-climate. It prompted me to put up snow scenes as the desktop image on my computers, both of New York. The snow there always looks romantic, even when you step off the curb into ankle deep slush.

I wanted to write about the weather because Rosemary and I recently went out on Fran and Ed Maggs’ ketch. It is moored out in the Crouch River, off Burham-on-Crouch (Thames Estuary, to the north of Southend.) It was a foggy day, but the weather forecast said it would clear by 11:00am. We arrived, had coffee and met Ed’s mother and a few of Ed and Fran’s other friends who were coming with us, then a tender took us out to mid-stream where the boats were all at anchor. The fog was so thick that the boat could not be seen from the shore. A ketch is a two-master, and it took some time to unwrap and hoist the sails. (I watched) The fog seemed, if anything, to be getting thicker. It was very Dickensian. The boat is capable of seating eight at the table and a pleasant luncheon followed. But the fog remained as thick as ever, so there was nothing for it but to bring in the sails and wrap them up again, call the tender and go home. 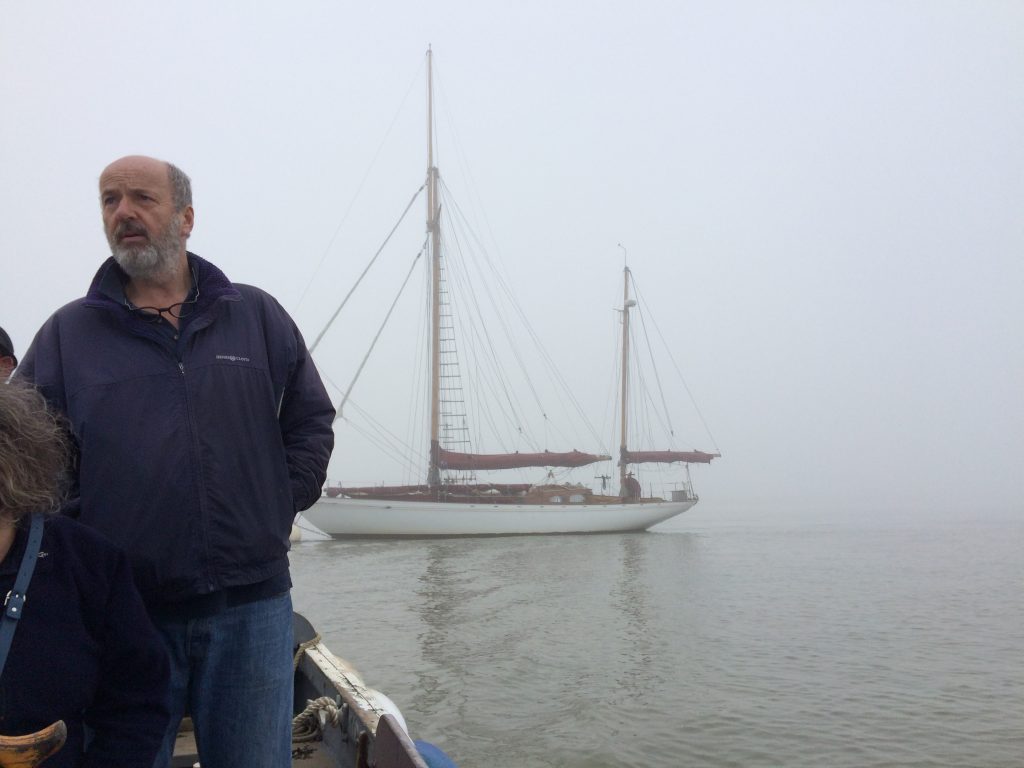 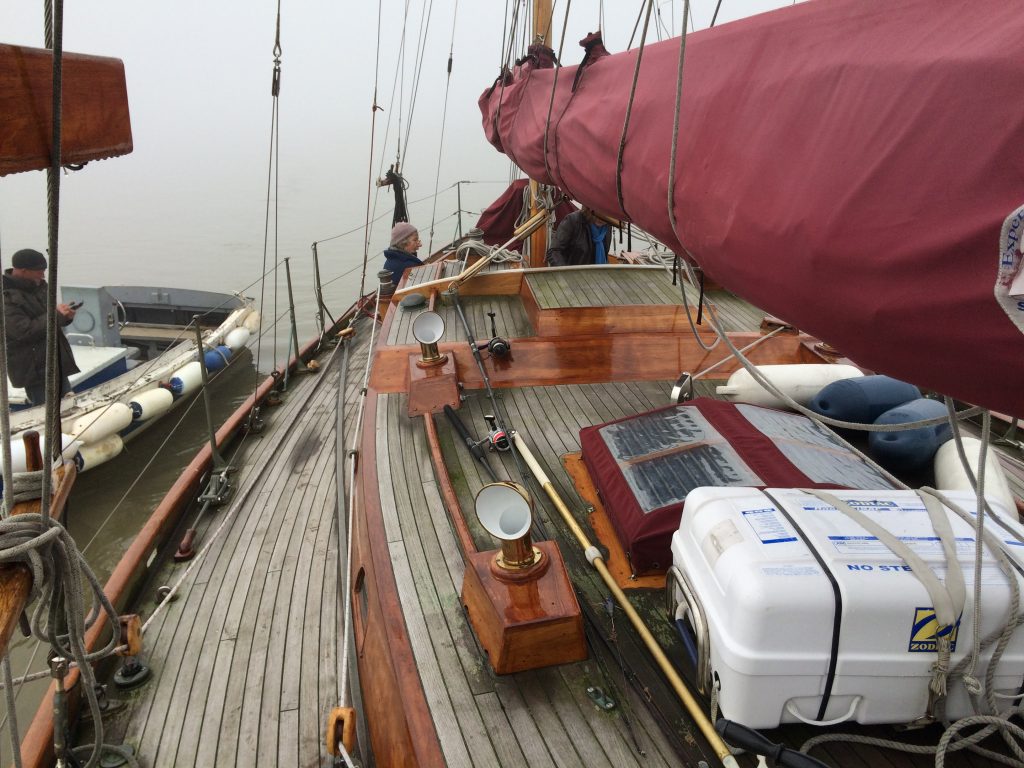 I suggested to Ed that this was a bit like Raymond Roussel who, though he travelled a lot in a specially built vehicle with its own writing room and servants’ quarters, only saw what he expected to see on his travels, rarely looking from the windows, and as we all had detailed expectations of what we might see sailing up the Crouch – marshland, basically, on either bank – we had essentially achieved our objective just by going to the boat. Ed, naturally, looked into the whole idea and emailed me, ‘What a lovely idea – to plan our cruises around linguistic accidents, to evolve the art of navigation to a journey round the dictionary.’ I hope we do it, maybe in the Spring.

In fact, I could have suggested a better analogy in Huysmans’ character Des Esseintes, who, after reading the novels of Dickens, planned a trip to England, where he had never been. He set out and on dining in the restaurant in the Gare du Nord, saw groups of Englishmen dressed in their tweeds, smoking pipes and speaking English. Having had all his expectations fulfilled, he returned to his home, satisfied, never having left Paris.

It is a momentous time for Ed, and the staff of Maggs, as they have now left 50 Berkeley Square and moved, temporarily – for a year or so – to 46 Curzon Street until their new building is ready. Maggs has been going since 1853 and have been in the Berkeley Square building since before the war. I will miss it, because they gave both Rosemary and I fabulous book launch parties there as well as a terrific private view party for the William Burroughs London Photographs show that Carl Williams put on in the back room on Hills Mews, their first art show. The stables had changed little since Victorian times. 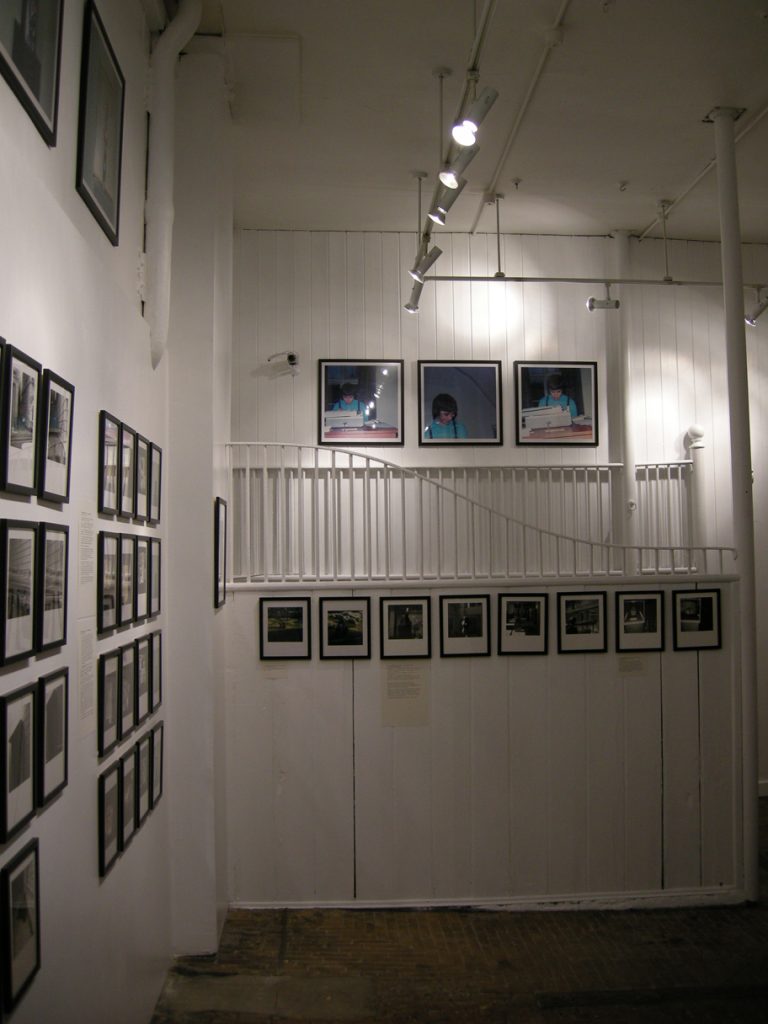 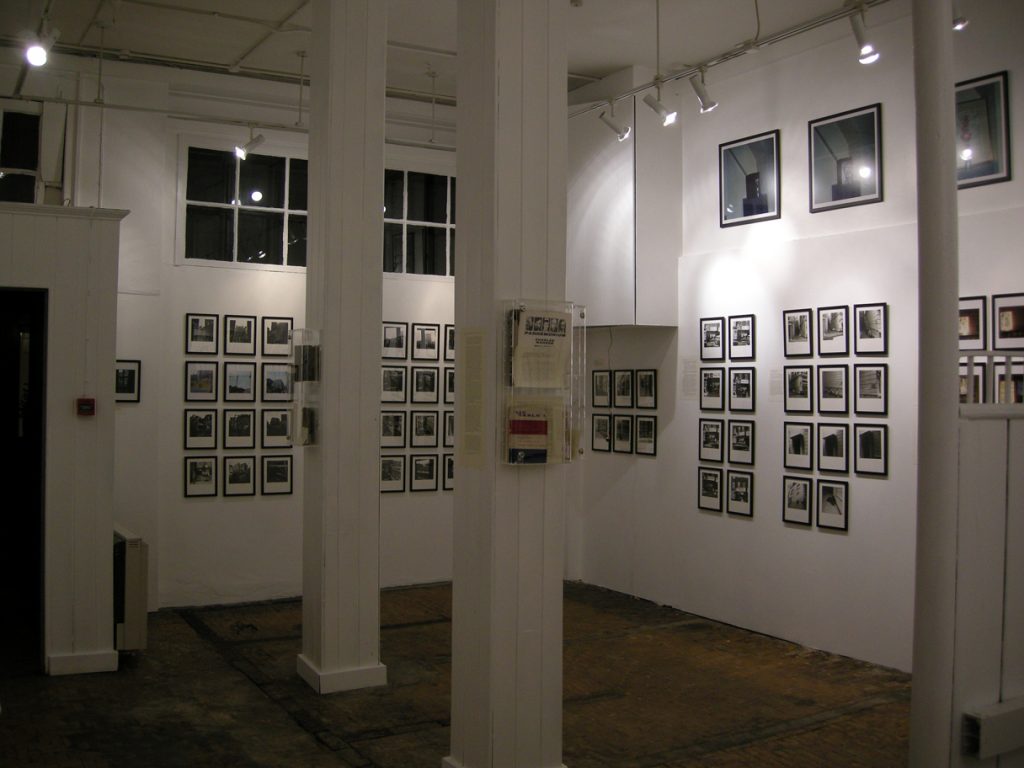 It was also just a fantastic place, with its Adam fireplaces, its brothel chairs in the basement, the game room (for hanging deer, not playing pool) and the kitchen range, from the days when it was a private mansion, all shelved over with books, the Victorian childrens’ wallpaper in the back attic rooms, It was like time travel to an earlier London era. A whole room filled with incomplete sets, damaged books, books that would never be offered for sale, all coated in the thick grime of countless London pea-soupers. In back, the old stable building where the drainage still had Thomas Crapper’s name on the manhole covers where the new gallery was located. I should mention the book discoveries. Going through a pile of 16th century books, that Maggs had bought, the rump of the Sherburn Castle sale at Sothebys – the castle where my mother worked as a maid and where she met my father, who was the chauffeur – looking for books about trees for Felix Dennis, Carl Williams and I came across a volume with the ownership signature of Dr. Dee, Queen Elizabeth I’s advisor who, at the time, had one of the largest libraries in Britain. It was fantastic to see something that he had owned. According to Brion Gysin, he used to make many of his predictions by sitting at the top of a tower and flashing his splayed fingers in front of his eyes to produce visions: a ‘flicker effect’ that gave the same results as the Dreamachine that Brion and Ian Sommerville developed. But here was a very poignant image, Dr. Dee’s actual signature, evidence of a life, a mundane, everyday fact, seen centuries later and typical that Maggs had something like that on its as yet uncatalogued shelves.