I have spent a lot of time recently selecting the illustrations to go with the re-issue of my In The Sixties book which is coming out at the end of Sepember. It is being re-issued by Rocket 88, friends of mine who used to be packagers, and who I did Hippie; The British Invasion; Peace and several other books with. I made no attempt to re-write the book even though it was tempting. I did add one 3,000 word section: one of the stories I’d left out that several people were surprised not to find when it was first published. It is about going to see Cliff Richard with Paul McCartney and Peter Asher, going backstage and witnessing the uneasy relationship between the fifties star and the new usurpers (this was in 1965). It was fun choosing the pictures, and working with my friend Carla Borel who did most of the re-sizing for me. For example, here’s a picture from The Daily Mirror of Hoppy’s wedding. I was best man, I’m in background between the two lovebirds.

We made the cover a reference to Antonioni’s Blow Up poster, one of Mal Peachy’s brilliant ideas, so it’s all very sixties. That’s Sue Miles in the front, taken from a photograph by Ettore Sottsass in Milan in 1967. 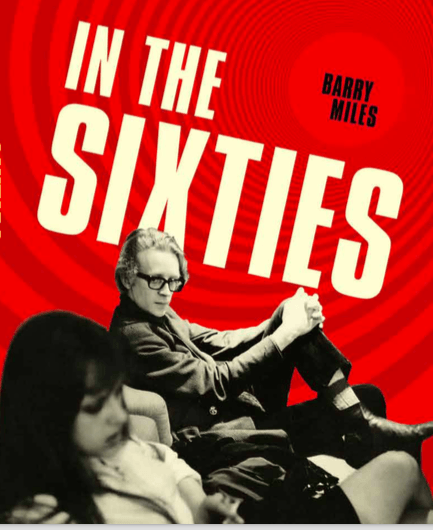 In The Sixties cover

At the same time, the same publishers are issuing British Underground Papers, the catalogue of the exhibition that James Birch and I have been working on that will be shown at James’s gallery beginning 28 September and running until 4 November. A22 Gallery. 22 Laystall Street. London EC1R 4PA. The show included sets of International Times, Oz, Ink, cOZmic comics, Nasty Tales, Gandalf’s Garden, Friends and Frendz, and the catalogue reproduces the front cover of every issue of every paper, so that’s been taking up quite a bit of time as well. There will be single issues for sale as well as posters and other sixties stuff. The painter Liam Ryan has been working hard getting the gallery ready. Here’s a picture of them discussing Liam’s fees: