This afternoon I recorded a programme for the Great Lives series at Broadcasting House. I did one several years ago on the subject of Charles Bukowski so I knew what to expect. The format is that they choose a well-known figure and have them talk about their hero. In addition, they have an ‘expert’ on the life of the hero, in this instance me, on hand to correct the facts and generally give biographical background.  In this instance it was my old friend Michael Horovitz talking about Allen Ginsberg. I was on hand because I was an old friend of Ginsberg and had written his biography. In fact Allen claimed that I had deprogrammed him and whenever he needed to know facts about his life and career he would call me up, sometimes long distance, to ask questions like, ‘Did I work at the New Jersey Labor Herald before or after I worked at the ribbon factory?’

I have known Michael Horovitz since 1960, when I was running the student union at Gloucestershire College of Art in Cheltenham, and booked Michael’s Live Departures travelling poetry and art show to give a performance.

Like me, Michael first met Ginsberg in 1965, and was involved in the great Albert Hall poetry reading of that year when Ginsberg, Lawrence Ferlinghetti and Gregory Corso, plus about 14 others read. We were in the old part of Broadcasting House, which has so-far been little changed by the new building that has gone on all around it. Our interviewer, the presenter of the programme charged with editing down the tape to something useable, was Matthew Parris, the same man who did the Bukowski programme many years back. 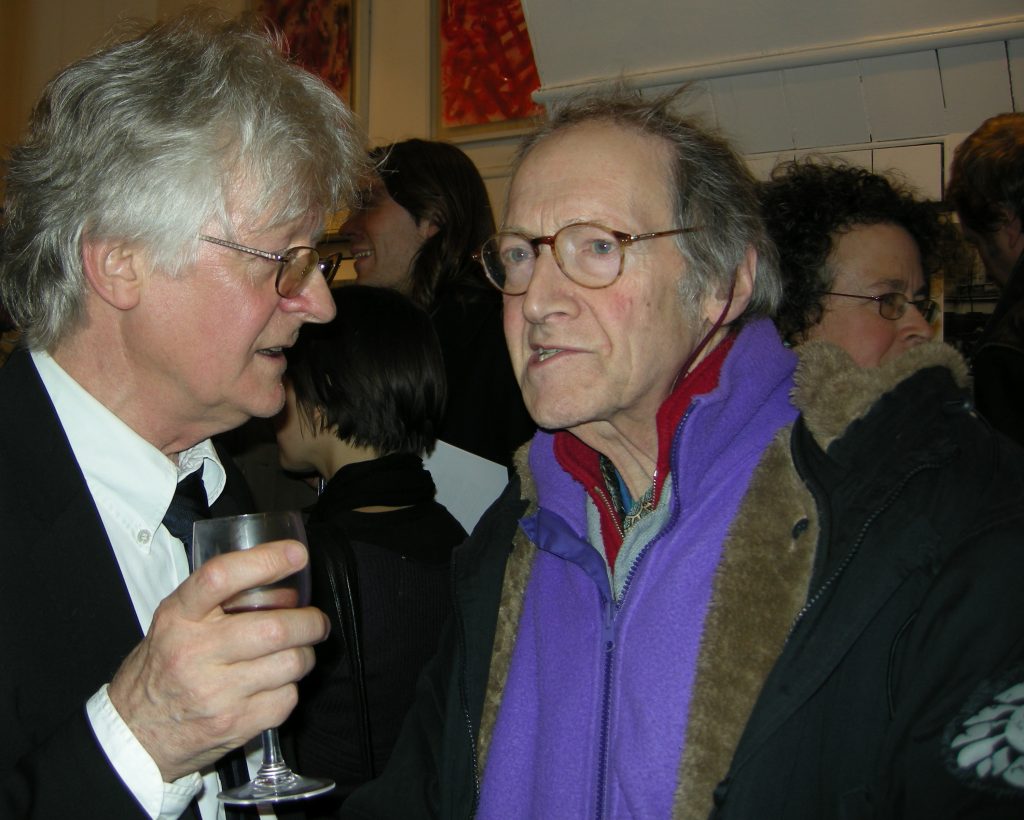 Michael was, as usual, extremely eloquent on his subject and Matthew could hardly get a word in edgeways between the two of us. He did finally manage to insert a bit of controversy, just to make the programme more lively, by mentioning Allen’s support for NAMBLA – the North American Man Boy Love Association, accusing him of being a founder of it (which he wasn’t). In fact this is something Allen regretted ever getting involved in. Allen gave hundreds, if not thousands of interviews over his life, and was happy to spout off on virtually any subject. When someone asked him about NAMBLA he said he supported them, which gave rise to a tremendous, unlooked for, furore.  In fact it was a classic example of Allen’s support for the underdog, as Allen told me later, ‘I just thought they were such a bunch of losers that I thought I’d try and help them out!’ Allen was not a pedophile though he had been known to have boyfriends as young as 16 years old; however they came to him, actively seeking him out which is a bit different from Jimmy Savile style grooming and rape. As he said, ‘I’m not into hairless boys.’

So we got that out of the way, then came Allen encouraging people to take dangerous drugs but there was not time to try and distinguish between pot and LSD, ecstasy or ayahuasca, or explain Allen’s role in demystifying drugs, in his opposing their demonization and his position on the value or dangers different drugs. Matthew Parris had done his homework, and though he was unfamiliar with Ginsberg’s work, he did a very good job. It will be interesting to see what survived the cutting room floor (though of course, the days of the cutting block and single-sided razor are long over.)