Rosemary, Theo and I spent Christmas with our friend Martha Stevns and her daughter Sarah in Cambridge. On Boxing Day we drove to Ely to see the cathedral. By the entrance to one of the apsidiole chapels I saw some graffiti, clearly carved by my friend Jon Savage some centuries earlier. Jon wrote the standard work on British Punk, England’s Dreaming, but is also an expert on British Psychedelic music, even though he is much too young to have been there. I had no idea he also roamed the medieval period. 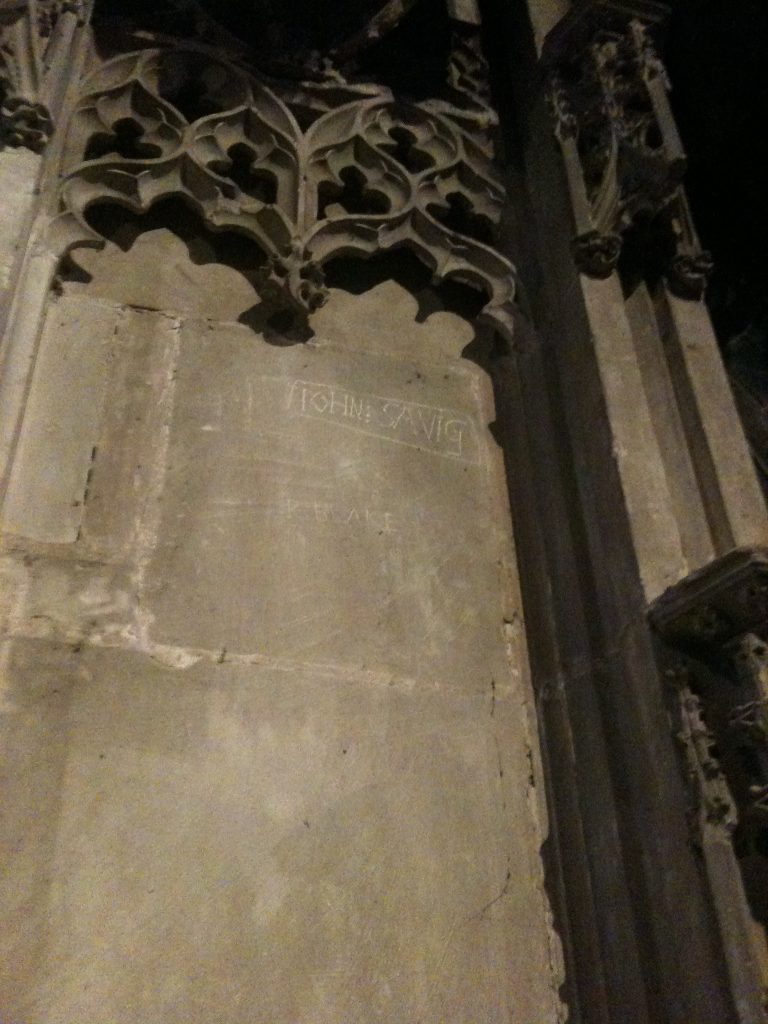