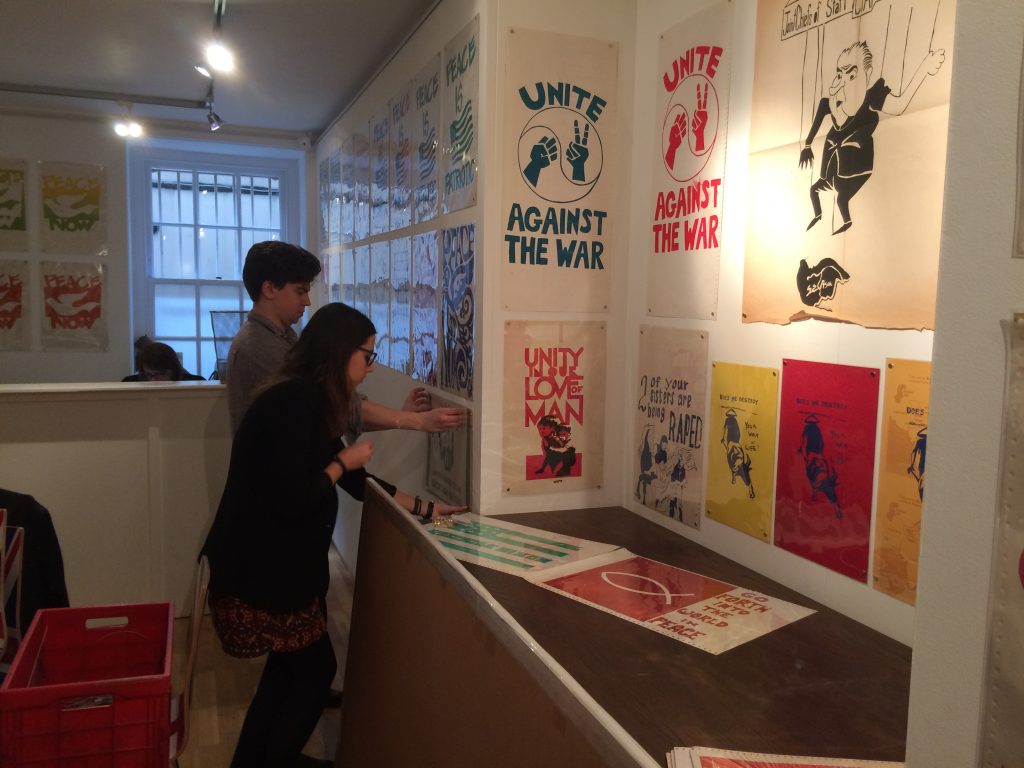 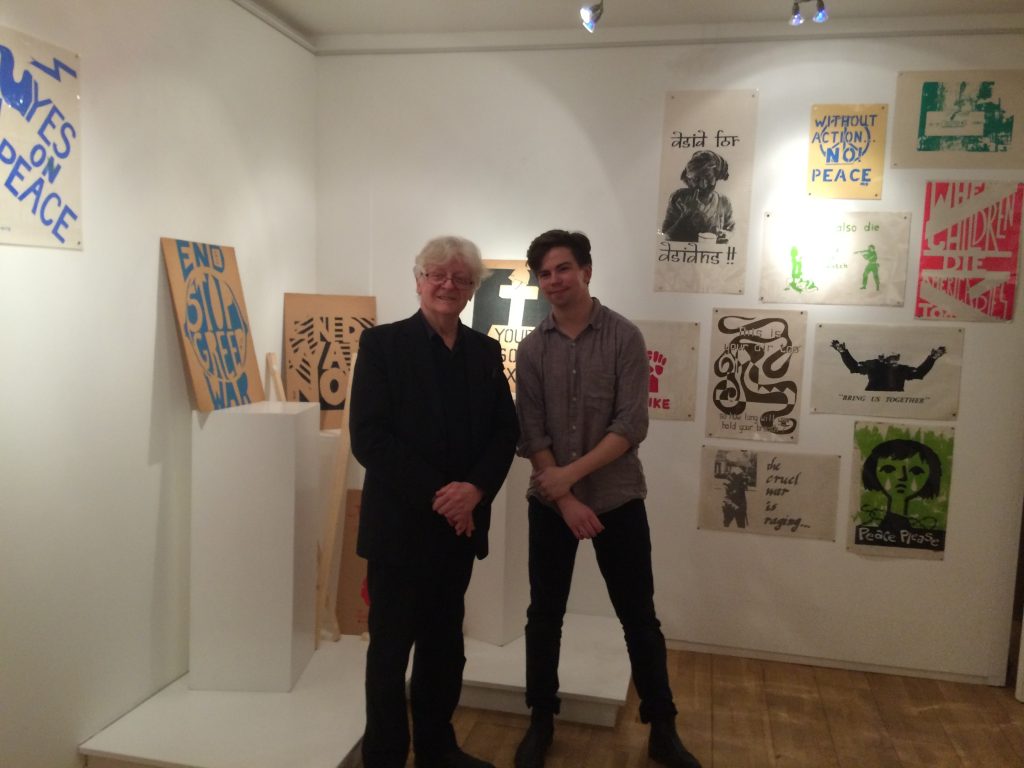 To the private view of America In Revolt, an exhibition of 150 American protest posters from Berkeley, made in 1970 to protest the American invasion of Cambodia and the murder of unarmed students at protest demonstrations held on campus by National Guardssmen. The show was at Shapero Modern, 32 Saint George Street, across from the back door of Sotheby’s. I did quote a bit of publicity for the show, including several interview with on-line magazines. Here’s a link to one of them:

AnOther – Considering the Powerful US Protest Art of the 1970s