To Paris for the celebration of the election of Tanya Peixoto as the new vice-curator of the College de ‘pataphysique. 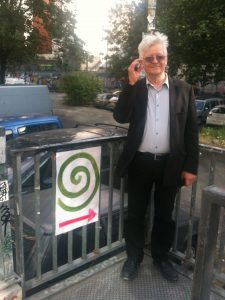 For a number of years the head of the college has been a crocodile: Her Magnificence Lutembi, but it still came as something of a surprise to some of the old members to have a woman elected, and a non-French woman at that. The college’s complex electoral system ultimately reduces the number of people who can vote down to one. In this case it was the Spanish playwright and filmmaker Fernando Arrabal, author of The Automobile Graveyard, the Labyrinth, and more than 100 other titles and a Transcendent Satrape of the college, and he chose Tanya, of the London bookartbookshop and the London Institute of ‘Pataphysics. My old i-phone was not really up to capturing the magnificence of the ceremony but here is a blurred picture of the event. 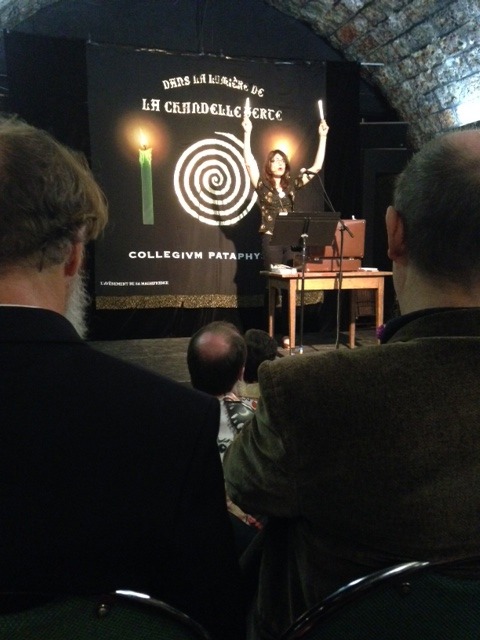 Sadly, the joyful occasion was marred by the news that our old friend Felix Dennis had died. Rosemary had been over to visit him in Mustique at the end of March but I last saw him at his place in Warwickshire the evening before he left for Mustique for the last time on 28 November. He was already looking frail. 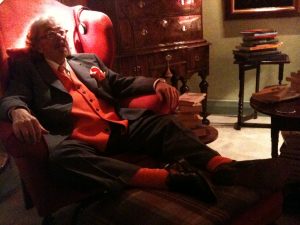