The exhibition of the British Underground Press of the Sixties was a great success. Far more people attended than we were expecting, a great many of whom were insistent upon telling us how they still had piles if IT or Oz in their attic or cupboard or under the bed. Carla, Stephanie, Vanessa and Rose did a magnificent job in answering questions and selling the catalogue. 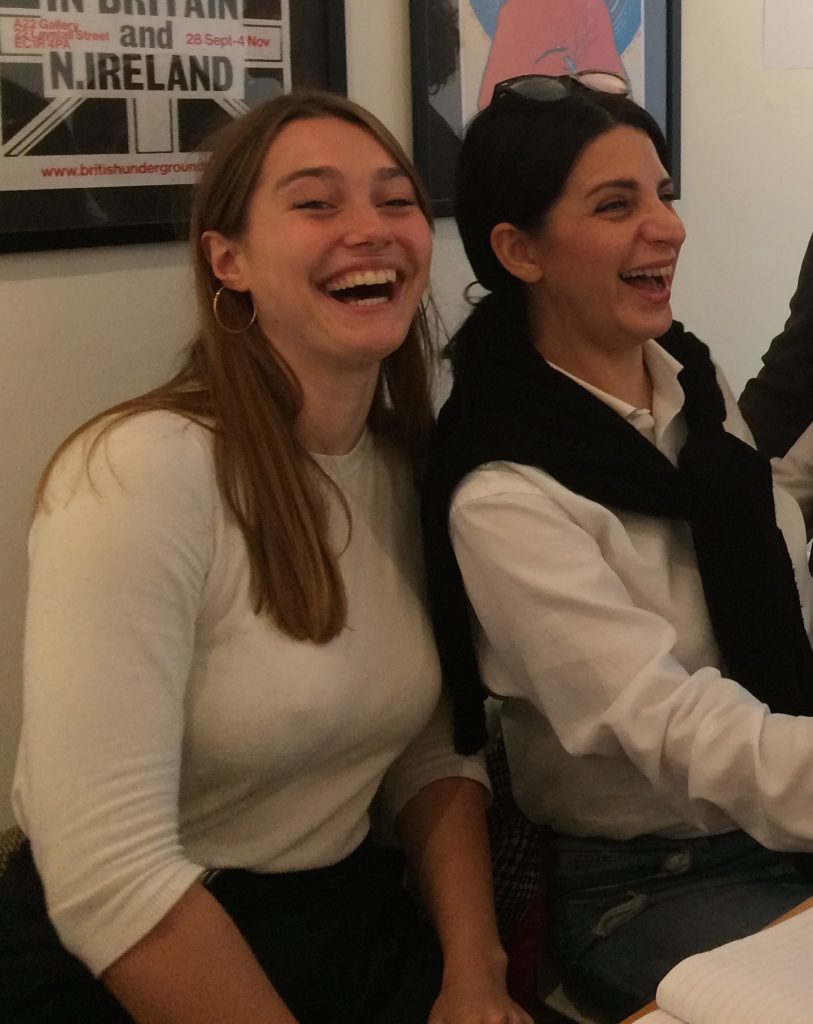 Grayson Perry came early to the private view in order not to be disturbed while looking around, and spent some time at the vitrines. So many old friends came I almost lost my voice from so much talking. It was in many ways the completion of a circle, fifty years on, the same people, the same newspapers and magazines except this time they were in vitrines as objects of study, historical objects, instead of piled in the corner of the window of Indica Books, yellowing in the sun, or downstairs awaiting distribution. Strange to think it was all 50 years ago and, of course, to be reminded of Hoppy, Mickey Farren, Tom McGrath, Mal Dean, Felix Dennis, Sue Miles, Richard Neville, Edward Barker, Steve Abrams and all the others from the underground press days who are no longer with us. 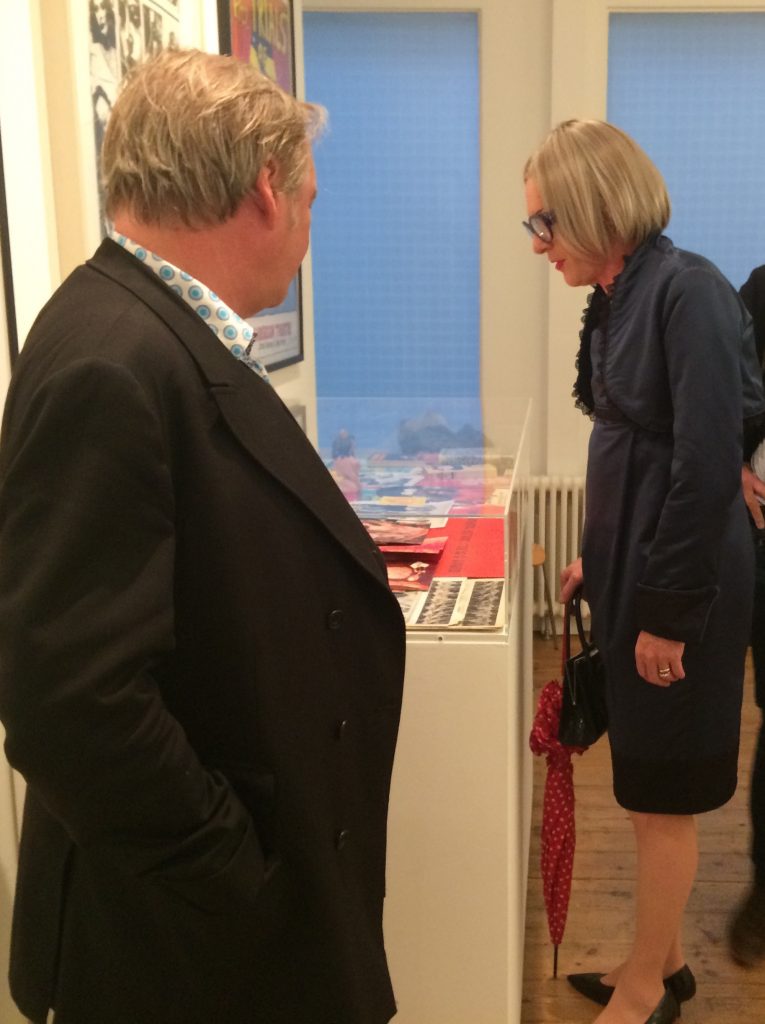 A couple of weeks later, the new illustrated edition of my In the Sixties was launched with a party in the same gallery, which was appropriate as much of the book is about IT and the underground press. James’s gallery was also where the book was first launched in 2002. Once again, scores of people from my past were there; people I had known for 50 years, like bookseller George Lawson, or 60+ in the case of my old friend Kipps, who I went to school with. A local restaurant gave us a lock in, and a dozen or so of us stayed till 4am. I’m told the party continued long after that.

On the last day Thurston Moore and Steve Shelley came in, Thurston to pick up number one of the special numbered signed edition of the catalogue which also contains four underground papers in a box. We all finished up at the Eagle for a late lunch. In the course of the exhibition I spent quite a lot of time in the gallery as James Birch and I needed a complete inventory of what was for sale and what not. This meant I got to meet many of the visitors, some of whom I vaguely remembered from my days running the Indica Bookshop; it’s easy for someone to remember the guy in the bookshop, but for the guy in the bookshop to remember the maybe 8 or 10 people a day you have a chat to is another matter. 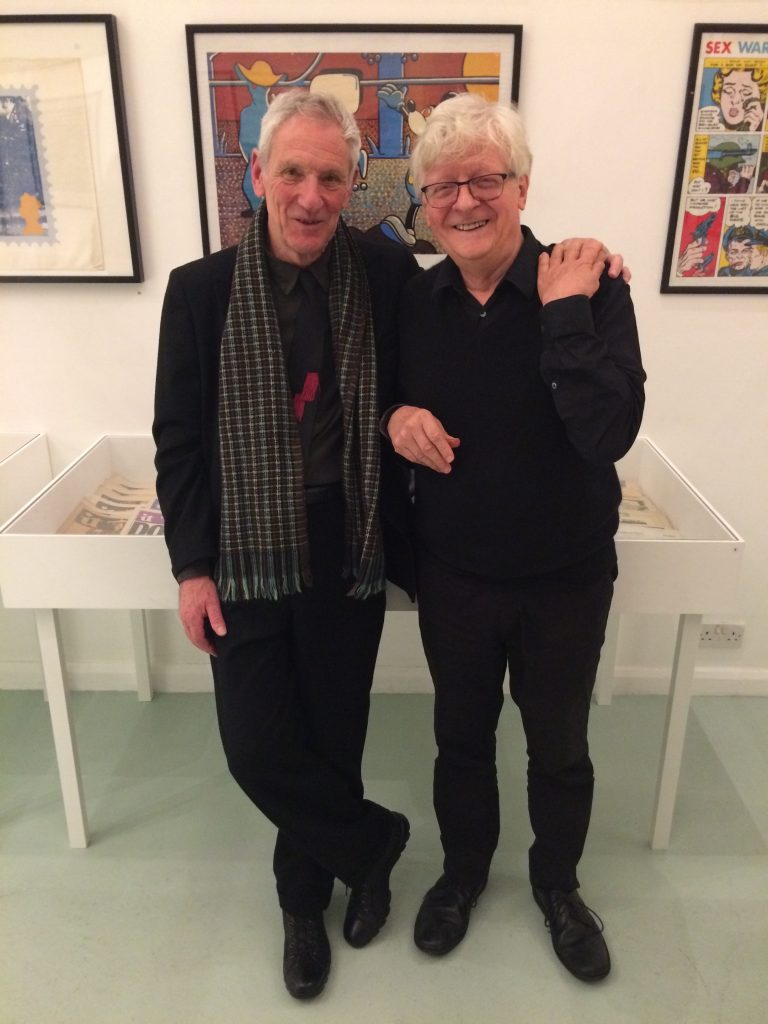 With Kipps who I’ve known since I was 11 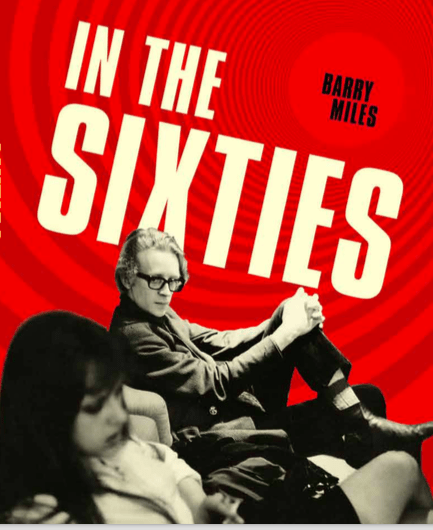 In The Sixties Cover

While all this was going on, an exhibition of Michael Basquiat’s work opened at the Barbican. In town for the event was Michael Holman, an old friend of Jean-Michel and a member of his noise-band Gray (named after Gray’s Anatomy, the inspiration for much of Basquiat’s label work). On the way to the party with Michael Holman, we accidentally ran into the Widow Basquiat on the street, who joined us. She is the subject of the beautifully written eponymously entitled biography by Jennifer Clement which I highly recommend to one and all. Rosemary and I used to attend Jean-Michel’s parties at the studio on Great Jones Street in New York that Warhol rented to him and (I think) where they produced many of their collaborations. Now the Eighties seem to be the subject of the same nostalgia as the sixties were. The Mudd Club and Club 57 are revered and the hedonistic revellers are heroic. Twas ever thus. 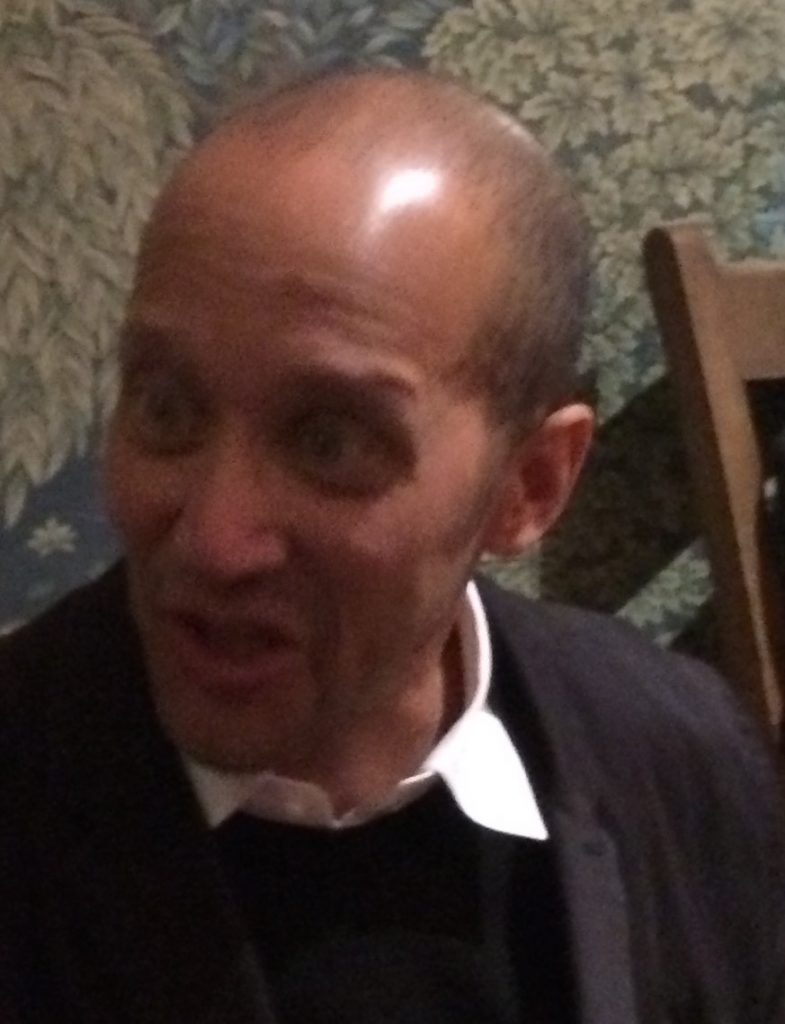 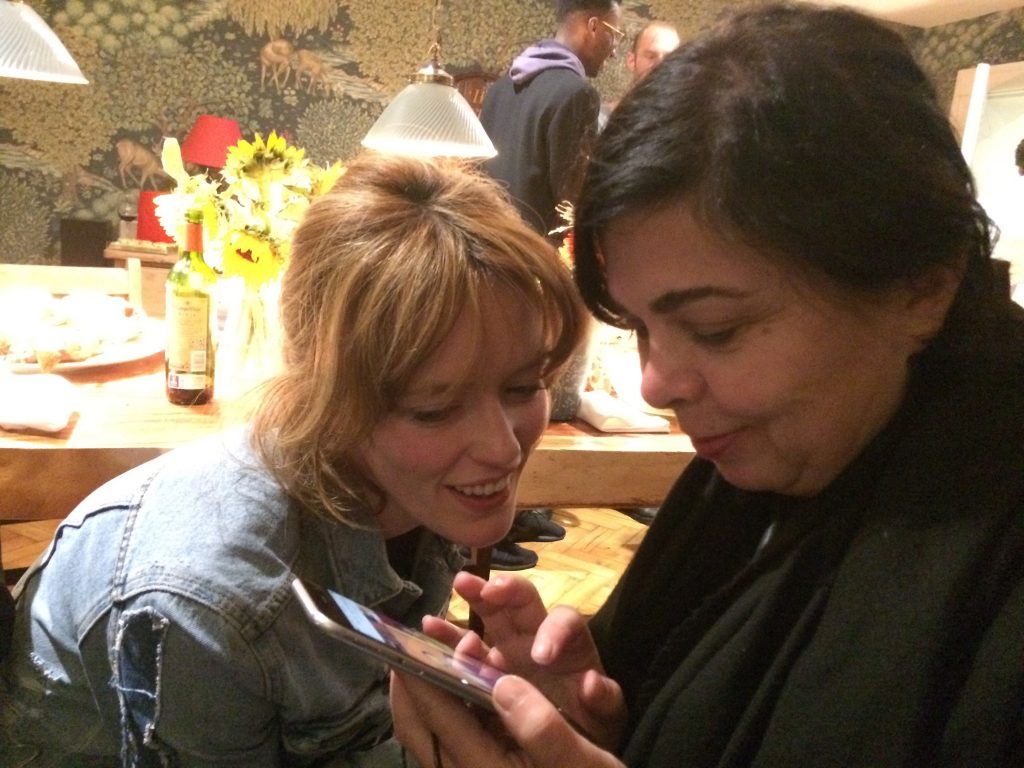 In my ongoing research into William Burroughs, I came across a line in The Soft Machine (1961) giving his opinion of Twitter users: ‘Posted everywhere on street corners the idiot irresponsibles twitter supersonic approval, repeating slogans, giggling, dancing…’ Good old Bill, prescient as ever.