We sat on the Southwest jet for a while, then all got up and filed off it again. Mechanical trouble. Fortunately they were able to find another plane and we were only one hour late in arriving in Los Angeles.  My publishers had put me in the Millennium Biltmore, a huge, Hollywood Gothic pile overlooking Pershing Square in the old downtown area, which is now becoming super-trendy. The place is covered with marble carvings, frescos, bronze statuary and fittings, painted wood and crystal chandeliers; the Oscar award ceremonies used to be held there. It’s where the Beatles famously had to land on the roof in a helicopter in 1964 to avoid the fans filling the streets outside. I met up with my old friends Chris and Anita there and we had dinner at Industriel, one of new cool restaurants nearby. I had been hoping to finally get warm after all the snow of NYC and the Midwest, but it was raining in LA, despite the serious drought that California was going through. Next day, however, was sunny and warm. My media escort, Diana, took me to see the Calder exhibition at LACMA which had some very good reviews. It was beautifully presented, some mobiles casting strong shadows, others seeming to float in a white mist. The show was designed by Frank Gehry and was a triumph. It’s on until 27 July 2014. Saw Hockney’s fabulous film of jugglers and sought out his Mullholland Drive: The Road To The Studio – the picture in the Tate show not too long ago was a to-scale photograph. The original has a lot of drawing on it done by scratching lines through paint and obviously has a tactile quality that a photograph cannot match; however the photograph was very very convincing. You had to get right up close to tell it was not a real painting.

Drove out to Glendale for a video interview for the Los Angeles Review of Books, then did the on-stage interview at the LA Public Library with David Ulin, the book critic of the Los Angeles Times. David is enormously knowledgeable and we had a good conversation. Unfortunately I had to leave the event at 9:00pm prompt in order to take the last plane to San Francisco. This wasn’t too difficult because they have a very tight book-signing arrangement at the Library that ensures everyone passes along pretty quickly.  It’s because the guards cost a lot in overtime and there are a lot of them.

I didn’t get to my hotel, the Serrano on Taylor Street, until about 1:00am but it was OK because I didn’t have any engagements until midday. That was over in Berkeley at KPFA, for their Letters and Politics show. I used to do programmes for the Pacifica Foundation back in 1971-2 so it felt like home, even though they are in a new building since the time I was there. I managed to get some coffee, but, being Berkeley, and being KPFA, they only had soy milk. My media escort was Patty Stanton who kindly helped me find where Ann Buchanan, Allen Ginsberg and I once lived in Berkeley. 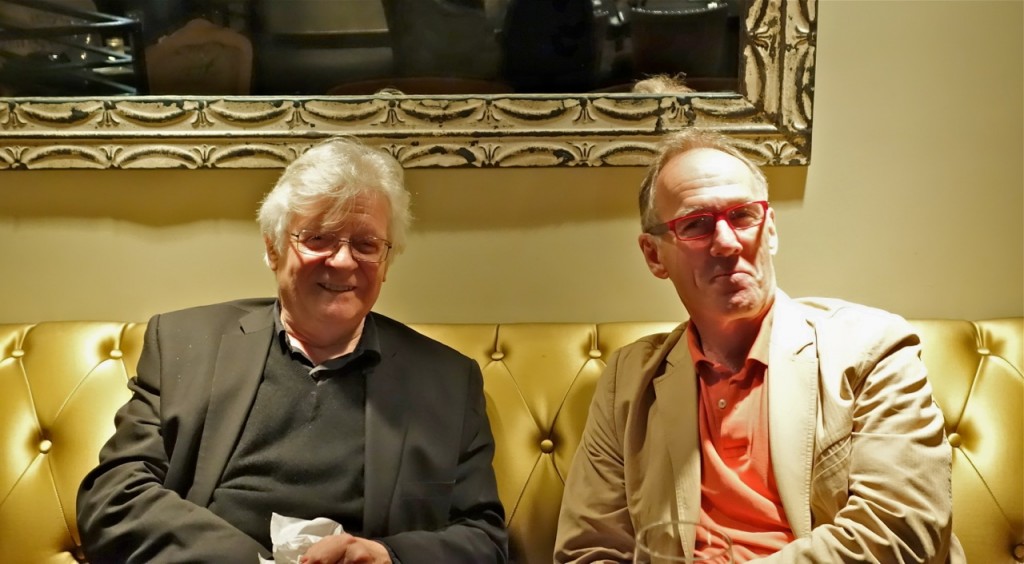