The launch party for the Photographer’s Gallery show of David Lynch, Andy Warhol and William Burroughs was crowded; too crowded to see the exhibition in the Burroughs section certainly. I saw it earlier when I contributed to the Channel 4-TV coverage of the show. I see that most of the media coverage has been of the Burroughs segment of the show, possibly because no-one has really seen any of Bill’s photographs before whereas Lynch and Warhol are well known as photographers. The catalogue to the Burroughs section looks great, with a lot of Bill’s  photo-collages in it.

Next day, Friday 17th January, I flew to New York to begin the promotion of Call Me Burroughs, A Life, which is published in New York by The Twelve, a division of Hachette that only does 12 books a year. My contract is with them and the book was written for the American market, so the ground floor is the first floor and it has American spelling throughout. The British edition is published by Weidenfeld & Nicholson and my editor, Alan Samson, suggested that the title be changed to William S. Burroughs, a Life, because British readers were less likely to know who he was. I agree with him and so the book has a different dust wrapper here. I went to New York a few days early in order to be fully over jet-lag when dealing with the media and also to spend a week at the Berg Collection of New York Public Library researching their letters from Burroughs to Brion and from Brion to Bill for a future project. My visit coincided with some of the worst weather New York has seen in years. Just walking back from the Public Library at 5th Avenue at 42nd Street to where I was staying on 48th Street at 2nd Avenue was so cold that even with gloves on and hands in pockets it took half an hour of pain to get circulation back into my frozen fingers; it was if I’d been out making snowmen. The city dealt with it all very well with snowplows and salt.

My old friend Victor Bockris came up to visit from Florida and we had some wonderful talks, as always, even though I had not seen him for many years. He was staying at the Jane Hotel, on Jane Street in the West Village, which has a turn-of-the-century wood paneled ballroom with huge fireplace and a similar bar; ideal on a viciously cold winter day. Victor and I always enjoy walking around New York and over a couple of freezing days managed to visit the New Museum on the Bowery, the site of CBGBs which is now a clothes boutique with some of the original wall graffiti preserved behind glass panels. Expensive art galleries and bars line the street where punks and bums once staggered and sprawled though there are still a few outside the Bowery Hotel, giving a touch of authenticity to the street; maybe they are from Central Casting. We walked the High Line but it was so cold we turned back after ten blocks. We went to visit photographer Marcia Resnick who took some of the photographs in my book at her West Village apartment. She showed me the last photo session ever done by John Belushi as well as wonderful photographs of Mick Jagger and all the celebrities of the NY seventies music scene. She is preparing a new book of her work based on the pictures she showed at her ‘Bad Boys’ show in New York a year or so ago, plus many new prints never before seen. She was planning to call the book Bad Bioys but both Victor and I thought it should be something stronger, more along the lines of New York Outlaws: anti-heroes 1976-82. I really hope it goes published because it is far superior to most other books about the period. 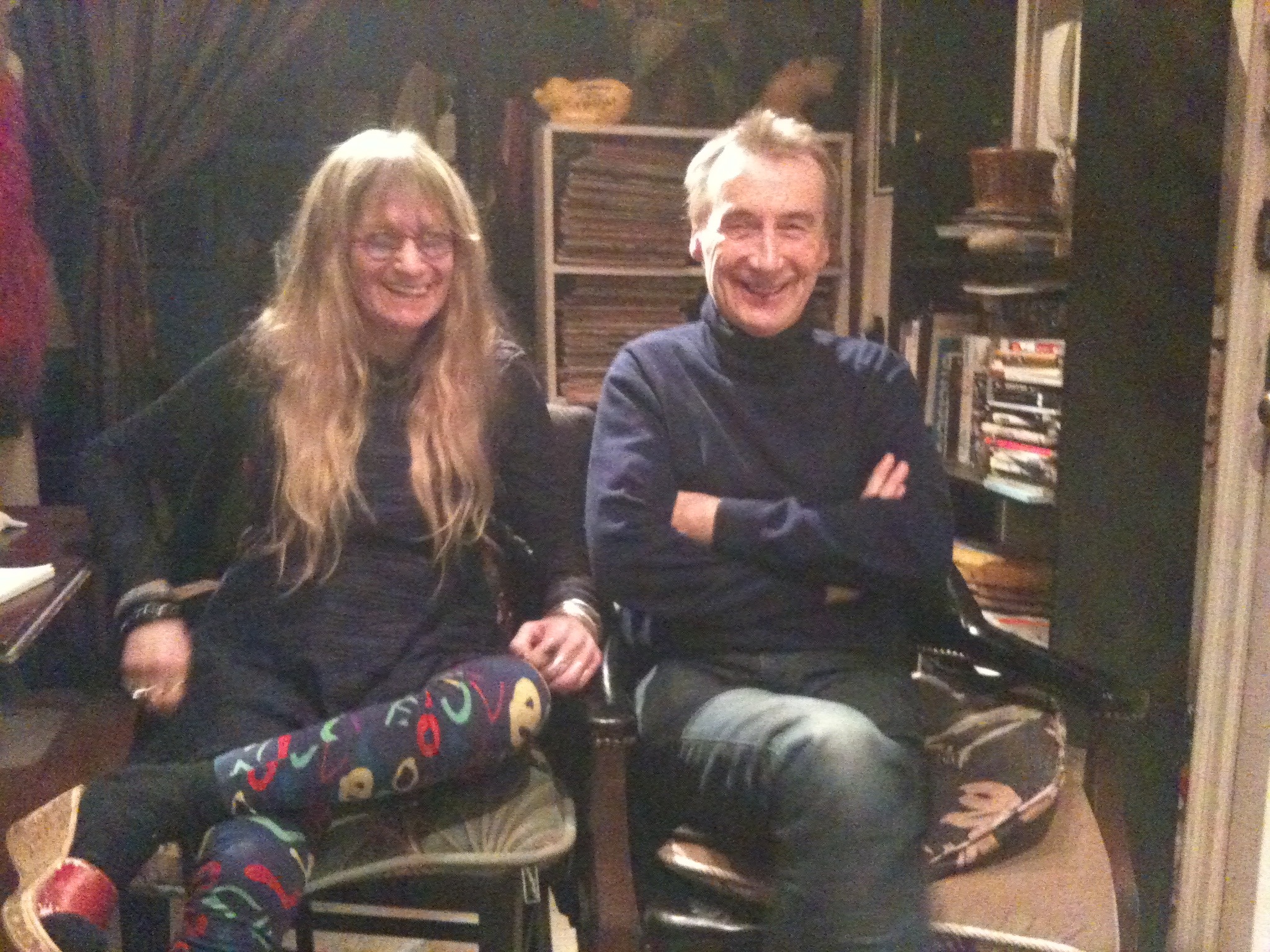 I also dined with Keith Seward, who runs the Burroughs website Reality Studio, as well as Jan Herman, who published the Something Else Press back in the sixties, including the wonderful Brion Gysin Let The Mice In by Brion, Burroughs and Ian Sommerville.  Saw Stewart Meyer, author of The Lotus Crew, one of Burroughs’ old friends for brunch at Pete’s Tavern, off Gramercy Park, one of the few New York places that never changes. He is working on his journals from the years when he one of Bill’s support team, driving him around and looking after the Bunker when Bill was away. He kindly allowed me to quote from some of them in Call Me Burroughs. 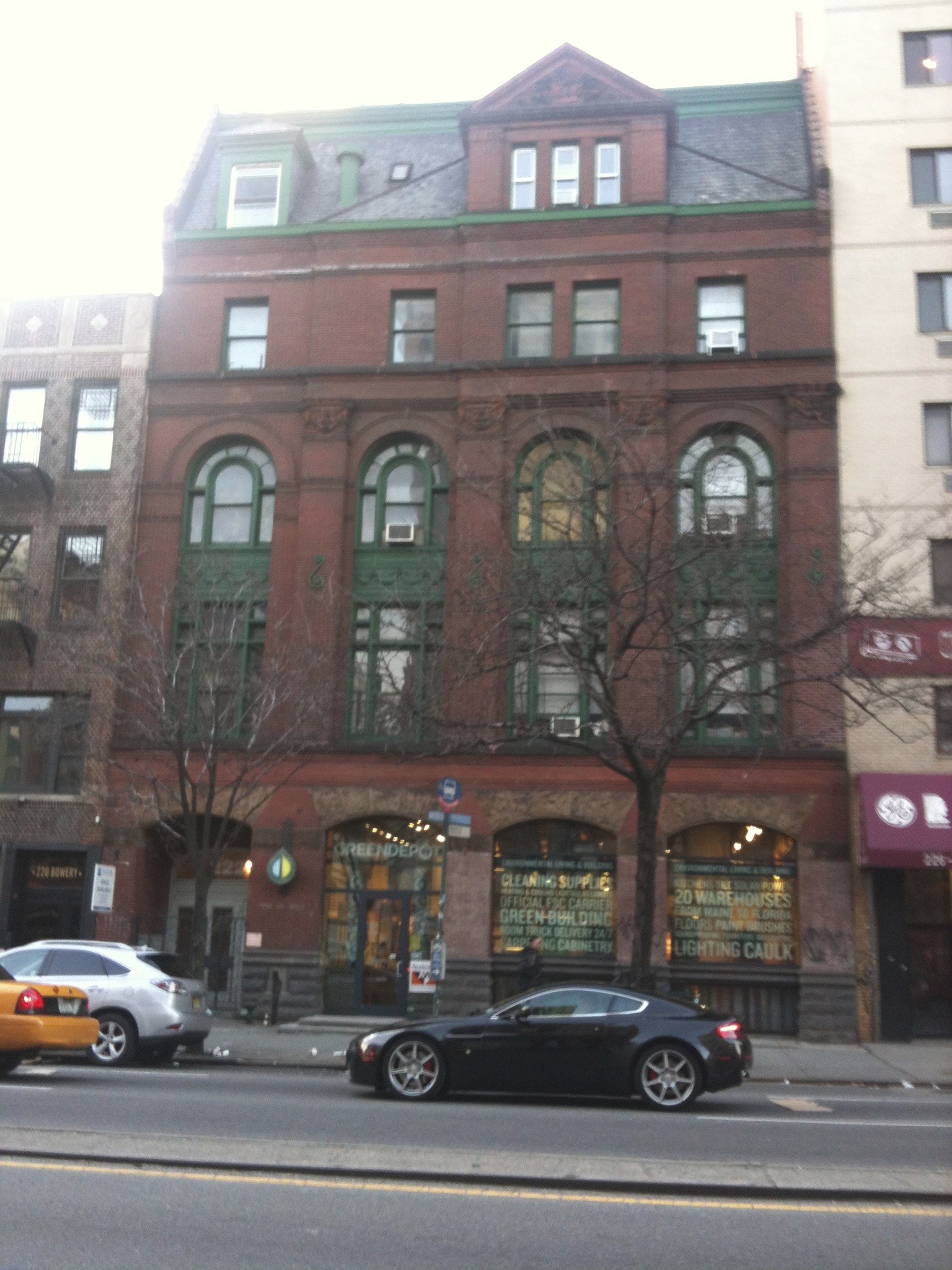 My friend Raymond Foye is still at the Hotel Chelsea, one of 60 remaining residents out of the original 300 that that have managed to hang onto their apartments despite the new owners’ strenuous efforts to get them out and the building work going on all around them. Their front doors have plastic sheeting taped over them to keep out the dust and have to be unzipped, like a suit-carrycase in order to get in. No-one denies that it was about time that the wiring and plumbing in the hotel were attended to, even when I lived there, on and off between 1969 and 1972 it was constantly breaking down. Incidentally there is yet another new book on the hotel out, called Inside the Dream Palace by Sherill Tippins which does a pretty good trot through all the famous people who have lived there, though she seems to think that Allen Ginsberg was one of them, which he never was, and that Bill Burroughs was a resident, which he only was for a few months in 1965. But she gives a good flavor of the place and it’s an enjoyable read. We ate at the El Quixote, the Spanish restaurant that has occupied the hotel’s original dining room since the forties. It never seems to change: the salad tastes the same, rather bitter lettuce with a very particular cheese sauce and huge helpings of seafood. The dreadful wall paintings have been touched up but are otherwise the same as when I lived there. There is now a screen between the bar and the restaurant, which stops diners from being jostled by the bar crowd, and the door leading to the hotel lobby is no longer in use. I wrote a lot about my days there, when the Jefferson Airplane, Janis Joplin and Leonard Cohen all had rooms there, in my book In The Seventies so I won’t carry on here.

The publicity tour proper began on Tuesday January 28 with an hour-long live radio show followed by an MSNBC TV talk show. That evening I did an onstage interview with John Tytell, author of books on the Beats, Ezra Pound, the Living Theatre and so on, at Strand Books in their third floor rare books room. All my old pals showed up, and my God-daughter, Sara Minard, popped in to wish me luck on her way to a class; we had shared a couple of bottles the previous night which was probably unwise. At the time of writing the interview is available here on Youtube.

John is very knowledgeable on the subject and I thought we had a good talk; something a bit beyond the usual anecdotes. I have just been reading John’s Reading New York, which is a brilliant combination of autobiography and literary biography that makes you immediately want to get out your old copies of Melville, Poe, and Henry Miller. I highly recommend it. The next day I flew to Kansas City.