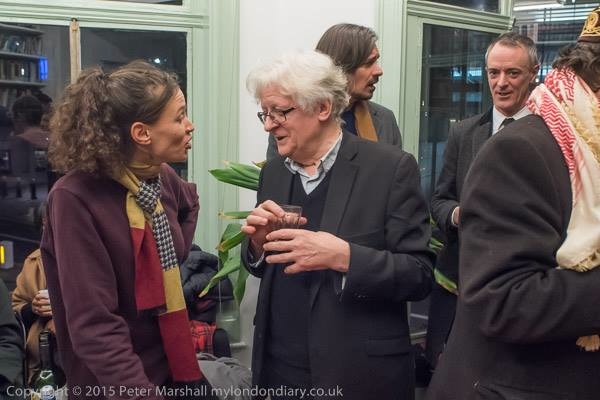 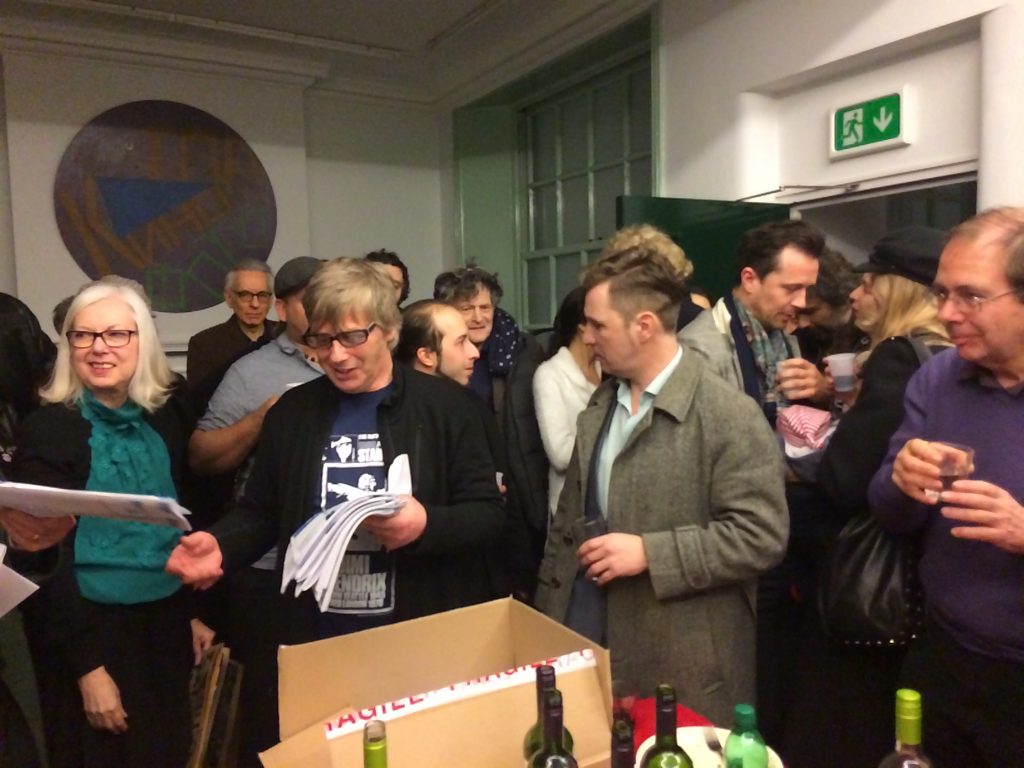 On Saturday 16 January there was a party given at the May Day Rooms at 88 Fleet Street to celebrate the relaunch – yet again – of International Times (IT) – the underground paper that never seems to die. All the other underground papers I ever wrote for, and that includes the Berkeley Barb, the San Francisco Oracle, Georgia Straight, East Village Other, Los Angeles Free Press, and Oz magazine, (among others) are all long dead. With IT Hoppy and I, and the IT staff decided when it closed that the name and logo should be copyright free, to be used by anyone who wanted to produce a few issues of the paper. I tracked it through seven more incarnations, including a punk one, before loosing touch. Then it appeared on-line, the correct place for a 21st century underground paper, but clearly somehow the SAME paper.

I was pleased to see that Heathcote Williams, someone whose work and political position I have always had a lot of respect for, was writing a lot for it. He was not involved in its original sixties and early seventies form of IT but he is very much of the period and it was great to see him there. He was the organiser of the event. Incidentally, he has two new books that I have very much enjoyed and recommend: a poetic invocation of Lord Buckley: H.R.H. Lord Buckley the Most Immaculately Hip Aristocrat and Hipster of the Heart, published in a limited edition by Beat Scene Press in July 2015, and a more substantial diatribe against the royal family, including a powerful recap of the death by hanging of Michael X, a mutual friend of Heathcote and myself, called Royal Babylon. The full title reads Royal Babylon: The Criminal Record of the British Monarchy. An investigative poem by Heathcote Williams. It’s just out from Skyscraper Publications, www.skyscraperpublications.com I think we can say with some certainty that Heathcote will not be featuring on the New Year Honours List.

To return to the relaunch of IT. This year sees the 50th anniversary of the original launch of IT, on October 14, 1966. It is extraordinary for me to look back and remember all the youthful enthusiasm, naivety, the anger and the energy involved in getting the paper off the ground. It was inconceivable that the paper might still be in existence half a century later and even more inconceivable that I should still be around to see it. It is sad to remember that half the people involved in launching IT are now dead. Here is a photograph of the original line-up, taken in the office of IT in the basement of the Indica Bookshop at 102 Southampton Row, and reading left to right: V.I. Lenin (deceased); Jeff Nuttall (deceased); Miles (writing this); Jim Haynes (alive and well in Paris); Peter Stansill (actively publishing books in Portland, Oregon); Tom McGrath (deceased, our first editor); Sue Miles (deceased); Jack Henry Moore (deceased); Roger Whelen, David Z. Mairowitz, Hoppy (deceased) and Christine Uren, (my assistant). Not shown is Michael Henshaw, IT’s long suffering accountant, also deceased. When the police raided they even took away the phone books (shown). 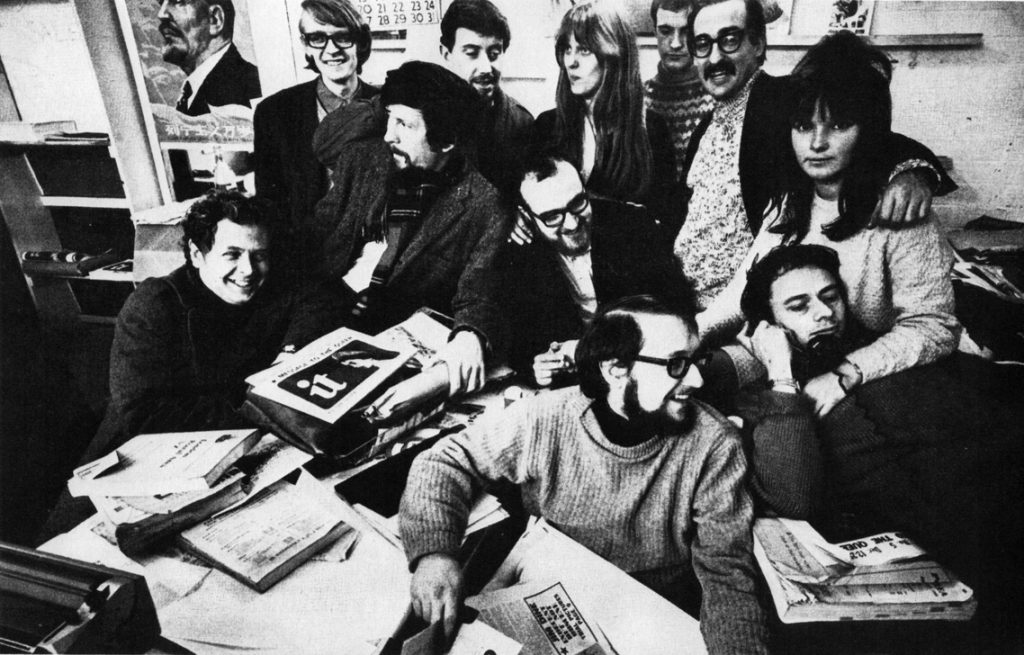 I was the only old timer at the relaunch, though there were some people from my own past there: Neal Spencer, my editor when I was a freelancer working for New Musical Express, for instance, there because Heathcote had published some of his poetry in the on-line IT. Iphgenia Baal, a new young writer who has posted a lot on the website whom I met through the T. J. Boulting Gallery, which is just around the corner from my flat. Heathcote himself, I hadn’t seen since an encounter at the Hotel Chelsea in the seventies. It was great to feel the positive vibe in the room and see a whole new crowd getting IT together. We certainly need a voice of sanity in the venal world of Cameron and his corporate chums who are systematically destroying Britain.