I have neglected the blog in recent months; apologies to any of my regular readers for not keeping up. I have been travelling a lot, including a publicity trip to Milan in February, where Il Saggiatore have published Call Me Burroughs in Italian. They had previously published In The Seventies and do a beautiful job on production. I am in venerable company: their list includes Sartre, Ginsberg, Ferlinghetti, and Genet. I was there for a small Allen Ginsberg Festival where I was interviewed on-stage. The publishers had even made a 15 minute short film on Ginsberg for the Italian audience. They publish his Selected Poems as well as other later books. I had a pleasant lunch with the publisher, and owner of the company Luca Formenton, who has a wonderfully enlightened approach to publishing: not looking for instant chart topping best sellers, but believing that there is a big enough audience in Italy for a catalogue of intelligent books, which he always keeps in print. The ‘tail’ as it is known in publishing. The company is doing well and he is clearly liked by his staff. So different than with some publishers I have known.

One extraordinary thing happened at the festival, which was held in an old factory converted into an enormous arts space. Someone tapped me on the shoulder and it was George Sowden, a friend from art school days whom I had not seen for 50 years. He left Britain in 1970 to work with Ettore Sottsass and was one of the founders, with Ettore, of the Memphis Group of designers in 1981. He has lived in Milano ever since and is still at work (sowdendesign.com). He invited me back to his place for dinner and we tried to quickly catch up on half a century’s news. It was great to see him again and to meet his wife, the artist Nathalie Du Pasquier in their loft which was conveniently near my hotel. 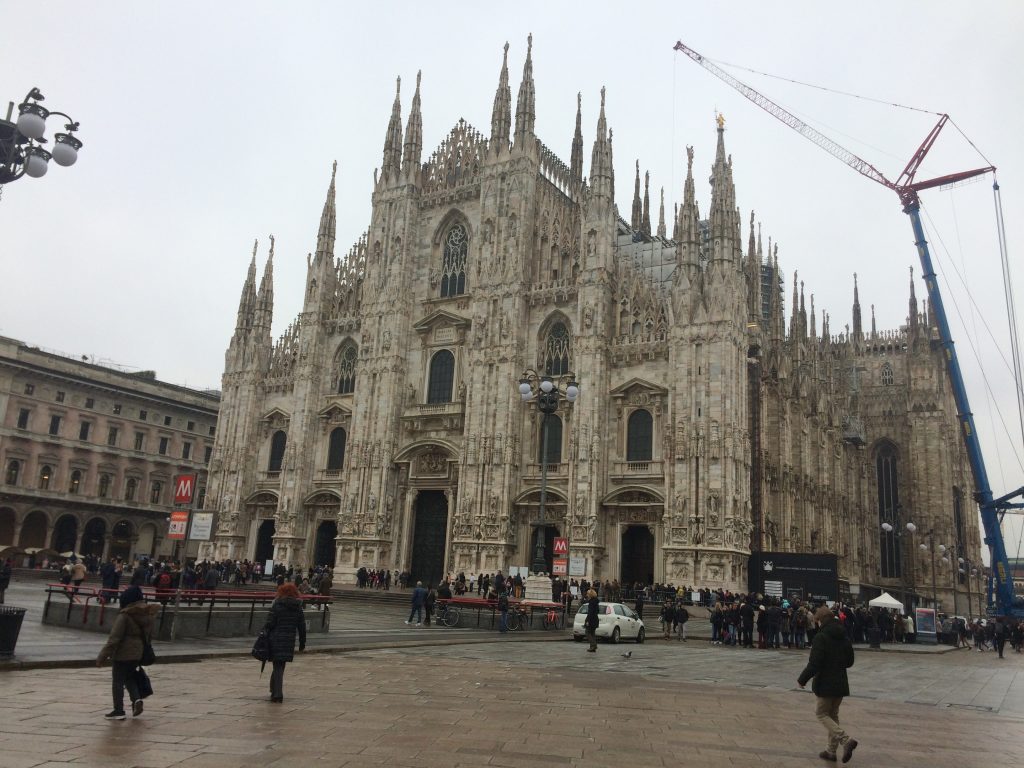 The Duomo always looks like its about to take off

Unfortunately the weather in Milan was not that great, but I did manage to see a few sights. I had to walk down the via Manzoni to reach the Duomo, and so I passed the apartment block where Sue Miles and I stayed with Ettore Sottsass and his wife, Fernanda Pivano, back in 1967. Ettore had two flats, one above the other. In the one below he kept nothing but design research, housed in cabinets and plan chests. Everywhere you went with Ettore he would collect the beer mats, book matches, and, I remember one lobster dinner with him in New York, when he folded up his paper bib, which he had been careful not to stain, and filed it in his briefcase. He was in New York to judge a lampshade competition. At the via Manzoni he and Nanda did not cook. Anything you wanted, even a cup of coffee, was sent out for and a waiter, in a long white apron to his ankles, would come across the street from the Grand Hotel across the street. ‘Don’t look at the menu’ said Nanda, ‘Just order anything you feel like eating.’ Nanda was Allen Ginsberg and William Burroughs’ Italian translator, which is how I knew her.