November was quite quiet. I introduced two films by Antony Balch and one by Peter Whitehead, at the Brighton Cinecity Film Festival’s outreach programme in Eastbourne at the Towner Gallery on Saturday the 15th organized by Nicky Beaumont. She screened Towers Open Fire and The Cut-Ups by Balch and William Burroughs. The BFI had sent the long version of The Cut Ups, at 22 minutes 30 seconds, which is usually guaranteed to have at least two walk-outs but the cinema buffs braved it and sat through until the end, but not without a sigh of relief at Brion Gysin’s final ‘Thank you.’ It was wonderful to see the actual films again after watching the terrible blurry DVDs available on You-Tube. She also showed Peter Whitehead’s Wholly Communion, his documentary of the Royal Albert Hall Beat Generation poets reading in London, 1965; another film rarely seen in its full glory from an actual film. There was a full house, albeit in quite a small gallery, and drinks and carousing with the locals afterwards.

A few weeks later Rosemary and I went to visit our son Theo in Madrid, where he is studying, and spent a day in the Prado. We tried to restrict ourselves to just pictures by Velazquez, Fra Angelico, Raphael, Rubens and Rembrandt but they were mere appetizers for the room of the Black Goyas, and Bosch’s Garden of Earthly Delights. We had to go back to the hotel for a lie down, the artwork was so overwhelming. Then there was the Thyssen-Bornemisza Museum with another thousand pictures… The Stendhal Syndrome hit us hard. 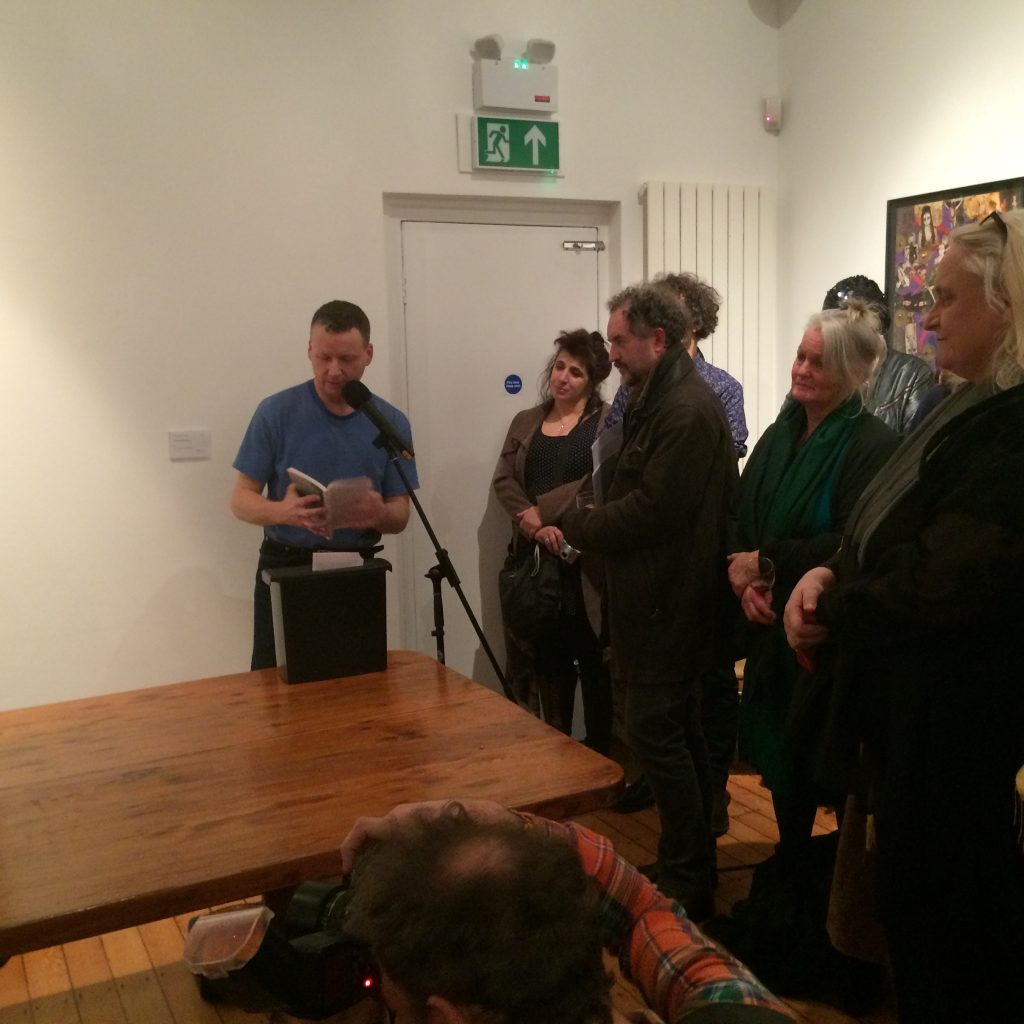 On December 3rd, Stewart Home demonstrated cut-ups to the private view audience of the Burroughs show at the October Gallery by literally cutting up a copy of Junky, tearing out the pages and feeding them through a cheap office shredding machine. The pages were shredded vertically which made the cut-ups too fragmentary; I think a horizontal shred would reveal better results. Clearly Stuart has found a new a technique that needs to be examined. 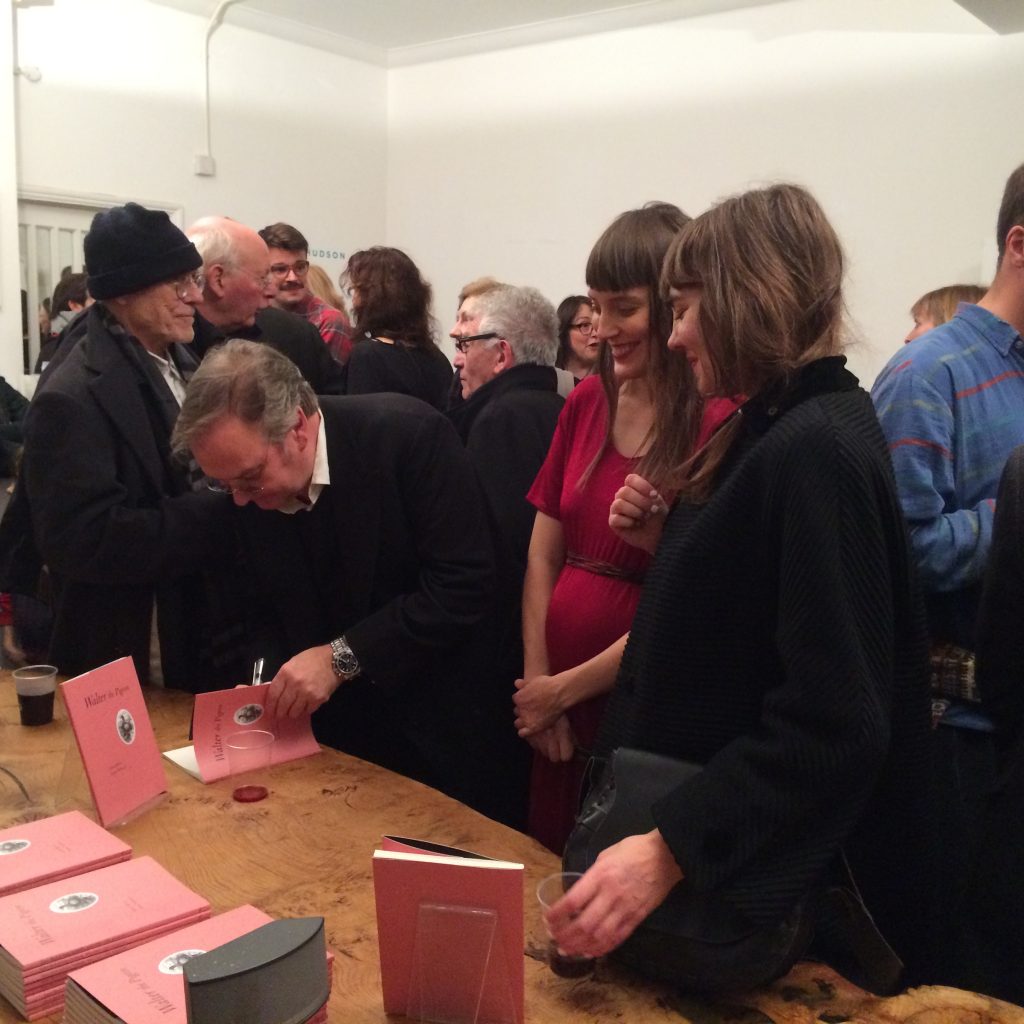 Also managed to catch the book launch of Walter the Pigeon by James Birch, illustrated by Raisa Veikkola, at T. J. Boulting on the 10th. Good crowd of fans clamouring for signed copies. This is the latest publication from Trolley Books. Next day we took the Eurostar to Paris, where it was raining and very cold. 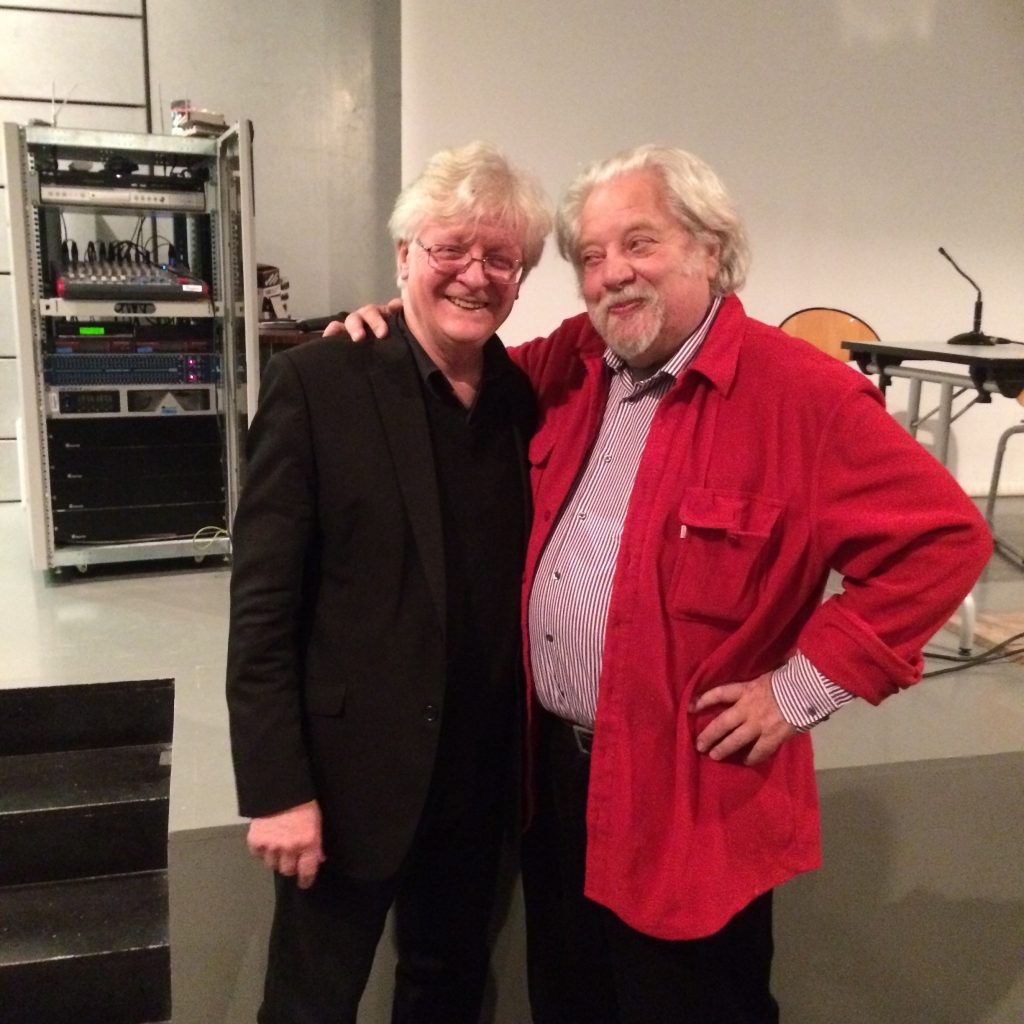 I was to appear onstage with Jean-Jacques Lebel the next day, the 12th, at the Ecole Normale Superieure: two old friends of William Burroughs reminiscing about Bill to an audience of, mostly, young people. J-J told, with a bit of prompting, the story of how Gregory Corso cut off Marcel Duchamp’s tie at one of his parents’ parties in 1958 and we discussed cut-ups and how Burroughs had always regarded his years in Paris as the most creative and exciting of his entire life: it was there that he completed The Naked Lunch [1959] and wrote the first two cut-up novels: The Soft Machine and The Ticket That Exploded, as well as collaborated with Brion Gysin on a number of projects from the cut-up anthology Minutes to Go, to cut-up tapes and the cut-up films by Antony Balch I had introduced in Eastbourne the month before. The event was organized by Mathilde Louette, who was embarrassed to find that there were no events planned to celebrate Burroughs’s centenary in Paris and so she organized one of her own. I enjoyed it very much. While in Paris we managed to see the wonderful Duchamp show at the Centre Pompidou before heading south for Christmas.